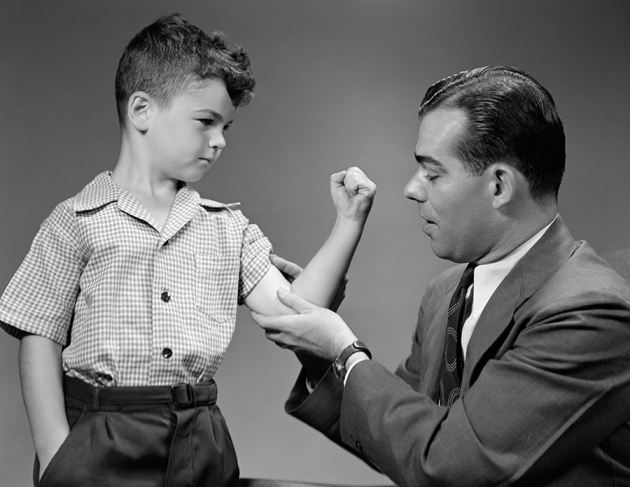 Could a protein that originated in a virus explain why men are more muscular than women?

Viruses are notorious for their ability to cause disease, but they also shape human biology in less obvious ways. Retroviruses, which insert their genetic material into our genomes to copy themselves, have left behind genes that help to steer our immune systems and mold the development of embryos and the placenta.

Now researchers report in PLOS Genetics that syncytin, a viral protein that enables placenta formation, also helps to increase muscle mass in male mice1. These results could partially explain a lingering mystery in biology: why the males of many mammalian species tend to be more muscular than females.

“As soon as I read it, my mind started racing with the potential implications,” says evolutionary virologist Aris Katzourakis of the University of Oxford, UK.

About 8% of the 3 billion pairs of As, Ts, Gs and Cs that make up our DNA are viral detritus. Many of those viral hand-me-downs have degraded into useless junk — but not all, as a series of discoveries over the past 15 years has revealed.

In 2000, scientists discovered that syncytin, a protein that enables the formation of the placenta, actually originated as a viral protein that humans subsequently ‘borrowed’2. That original viral protein enables the retrovirus to fuse with host cells, depositing its entire genome into the safe harbour of the cytoplasm. Syncytin has changed little from this ancestral protein form; it directs certain placental cells to fuse with cells in the mother’s uterus, forming the outer layer of the placenta.

Subsequent research showed that different groups of mammals have different types of syncytin protein, indicating that mammals have repeatedly borrowed retroviral proteins and repurposed them in placenta development.

“It’s a little mind-boggling to think that cellular fusion is directed by a virus we acquired 30 million years ago,” says Lars-Inge Larsson, a pathologist at the University of Copenhagen.

The latest study, led by virologist Thierry Heidmann of France’s National Centre for Scientific Research (CNRS) in Villejuif and the Université Paris-Sud in Orsay, investigated what happens if syncytin is deleted from the mouse genome. Removal of both copies was lethal, but deletion of syncytin B while leaving syncytin A in mice resulted in male offspring that appeared small and sickly. These animals weighed 18% less than littermates with both syncytin copies.

The researchers initially thought that the loss of syncytin created a malformed placenta that hampered the growth of the mice before birth. Subsequent discoveries by other labs that syncytin was active in immune cells3 and immature muscle cells called myoblasts4, as well as the placenta, caused Heidmann to rethink his hypothesis.

Mature muscle cells, he knew, form via the fusion of numerous immature myoblasts. Given that cellular fusion has a role in both processes, Heidmann and colleagues hypothesized that syncytin might be activated in both of these, too. Further analysis of their previous data revealed that the decrease in body weight in the male syncytin B knockout mice was due to their reduced muscle mass. Cellular studies showed that the muscles in the male knockout mice had a greater than 20% reduction of the number of muscle fibers and in the number of nuclei per fiber.

“We were very, very surprised to see that the differences were in males but not females,” Heidmann says.

Subsequent experiments by Heidmann's team followed mouse myoblasts as they matured into muscle cells and showed that both syncytin genes are active during this process, and that blocking the proteins reduced cellular fusion by more than 40%. Studies of cell cultures from sheep, dogs and humans showed similar reductions in myoblast fusion when the researchers blocked syncytin activity.

“This is the first strong line of evidence that retroviral envelope proteins play an important role beyond the placenta,” says Cedric Feschotte, an evolutionary biologist at the University of Utah in Salt Lake City.

Heidmann stresses that syncytins are not the only important proteins in muscle fusion, and that his group still doesn’t know why the proteins drive muscle growth in males but not females. And given that the syncytins in mice are derived from radically different viruses than those found in humans, Feschotte cautions against assuming that they are equally important in human muscle development.

Nonetheless, he says, it is clear that these viral proteins scattered throughout our genome are much more important than anyone could have guessed. “What we’re seeing is probably just the tip of the iceberg,” says Fechotte.