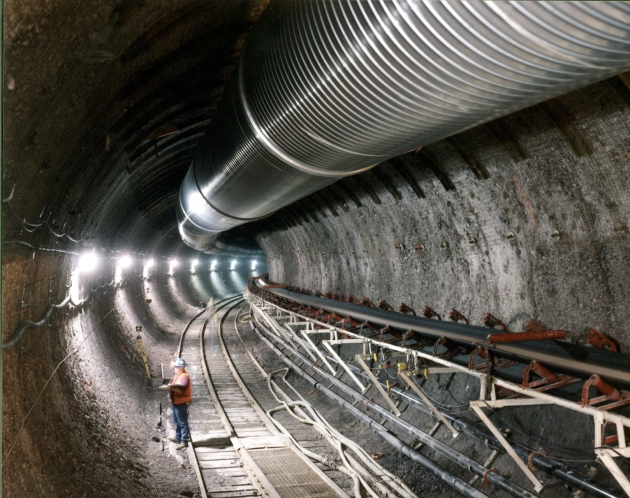 US Department of Energy

Work on a planned nuclear-waste repository at Yucca Mountain in Nevada was halted by political opposition.

The US energy department will seek interim storage facilities for commercial nuclear waste, and a permanent geological repository for radioactive material from the country’s nuclear-weapons programme, energy secretary Ernest Moniz said on 24 March.

The announcement follows more than three decades of contentious debate about a planned geological repository at Yucca Mountain in Nevada. The Department of Energy (DOE) halted work on the project in 2010 owing to political opposition in the state. The DOE is now pursuing a ‘consent-based' approach designed to build support at the local and state levels before new waste facilities are designated.

“We think these steps are just common sense,” Moniz said during a presentation in Washington DC. “The lack of a consent-based approach is pretty close to a fatal flaw in attempts to site these facilities.” He cited plans announced last month by the Waste Control Specialists in Dallas, Texas — to build a private nuclear-waste repository in Texas — as a sign that some communities are ready to engage with the government on storage issues.

The DOE’s plan pursues a two-pronged approach to handling nuclear waste. A 24 March decision by US President Barack Obama allows the DOE to put defence-related waste — roughly 5% of the total — in a different repository from commercial reactor waste. The move reverses a policy that former president Ronald Reagan put in place in 1985, which directed the two types of waste to be stored together.

Moniz says that Obama’s decision will allow the DOE to identify different solutions for different types of defence waste: waste that is stabilized in glass logs could be placed in a more traditional underground repository, whereas other types of waste could be packaged and buried in deep boreholes. The DOE’s budget proposal for fiscal year 2016 includes money for a deep-borehole experiment along those lines.

The energy department’s approach echoes recommendations from a 2012 White House commission, and legislation introduced on 24 March by a bipartisan group of US senators. The Senate bill would establish an independent agency to manage nuclear waste and initiate a search for interim storage facilities and permanent repositories.

Allison Macfarlane, a former chair of the US Nuclear Regulatory Commission, calls the latest DOE announcement a positive step. “It’s beginning to move us toward grappling with this issue and being practical and pragmatic about it,” says Macfarlane, a public-policy specialist now at George Washington University in Washington DC. “The US should be a leader on this, and now we are in a position of being a follower.”

Under current law, the DOE is responsible for nuclear waste generated by electricity utilities. The department has already paid out US$4 billion for failing to meet its obligation to remove waste that is now building up at nuclear power plants. It could be forced to shell out up to $23 billion more over the next 50 years if the issue is not resolved, Moniz said.

“$27 billion goes a long way toward building a facility,” he said. “We need to move the fuel.”