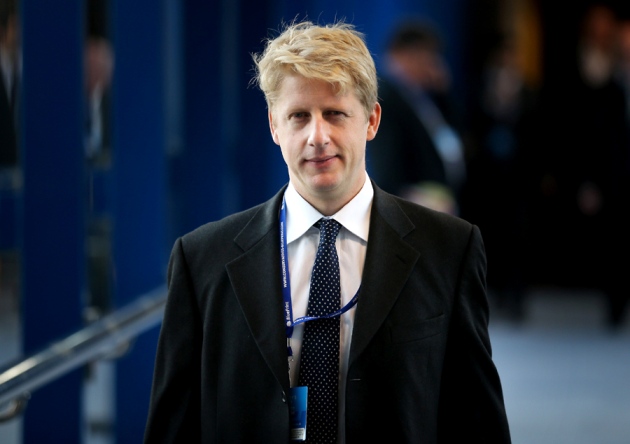 UK researchers have greeted the appointment of new science minister Jo Johnson with concern about how much influence he will have at the highest level of government.

Appointed to the post on 11 May by re-elected Prime Minister David Cameron, Johnson is well connected with senior-level ministers, and is tipped as a rising star in the Conservative Party. But Cameron has not chosen him to attend meetings of the cabinet — the government's most senior decision-making body, comprised of an inner circle of top politicians.

That is a break with recent tradition. Although the role of science minister is not a cabinet minister position, the past two Conservative ministers for universities and science — Greg Clark and David Willetts — both attended cabinet meetings, as did the previous Labour minister before them, Paul Drayson.  This meant there was a voice at the table for science and education when government priorities were being discussed.

“It’s certainly something that has been noted by the science community,” says Naomi Weir, acting director of the London-based Campaign for Science and Engineering. “It will be really important to make sure that science has a voice at central government level, and previously that has been maintained by the science minister attending cabinet.”

The new business secretary, Sajid Javid, might have that role, Weir speculates. Javid oversees the Department for Business, Innovation & Skills (BIS), within which Johnson’s more-junior role is placed. “It’ll be interesting to see how it plays out.”

Johnson may be able to wield influence even without a voice in cabinet. He is reportedly close to the Chancellor of the Exchequer George Osborne, who heads up the UK Treasury. A banker and financial journalist before entering politics, Johnson was most recently head of the Number 10 Policy Unit — the prime minister’s policy body.

"It is a big and important brief,” says Nick Hillman, director of the Higher Education Policy Institute in Oxford, UK. “But Jo Johnson starts with three things in his favour: he knows the department from his time as a parliamentary private secretary to a BIS minister; he is sound on international students; and he knows how the centre of government works.”

Johnson is not a scientist. His father Stanley Johnson yesterday told the London-based radio station LBC that he did not think his son knew anything about science. But — like Willetts, who was given the nickname ‘two brains’ — he is reputed to be clever enough to rapidly get to grips with the challenges of his brief. “Jo Johnson to HE and science is exactly the kind of ambitious bold smart appointment that sectors dream of in their Ministers,” tweeted Jonathan Simons, head of education at the right-wing think tank Policy Exchange in London.

Johnson is also reportedly pro-European — which may play into Britain's forthcoming referendum on whether to stay in Europe — and has previously written in the Financial Times that “foreign students are key to UK prosperity”. That view might set him up to clash with Cameron’s reappointment of Theresa May as Home Secretary; her role in the previous government’s tough stance on immigration included cutting the post-study work visa for international students.

Climate researchers were pleased at Cameron’s choice of Secretary of State for Energy and Climate Change, Amber Rudd. A more-junior climate-change minister before the election, Rudd has spoken of the need to seek a strong deal at the United Nations climate negotiations in Paris in December. That pledge is also in the Conservative Party’s pre-election manifesto, which promised to end support for onshore wind farms and to encourage expansion of nuclear power and gas, including fracking.

This article has been updated to correct an ambiguous headline, and to include details of previous science ministers attending cabinet meetings.