Paris deal done Negotiations at the Paris climate-change talks sealed a deal between 195 nations to limit warming to “well below” 2 °C above pre-industrial temperatures. The 32-page package was made on 12 December after 2 weeks of talks, and commits most nations to significant reductions in carbon emissions. The agreement notes that vulnerable low-lying countries are set to face rising sea levels and stronger storms. See page 315 for more.

Open-data accord Four international science lobby groups have launched a joint accord supporting open data as a tool for more-equitable science. The initiative, announced on 9 December in Pretoria during the first Science Forum South Africa, attempts to make it easier for developing countries to participate in research on a global level. It is also the first attempt to unify the fragmented activities of the four bodies, which represent different disciplines and global regions: the International Council for Science, the InterAcademy Partnership, the International Social Science Council and the World Academy of Sciences. 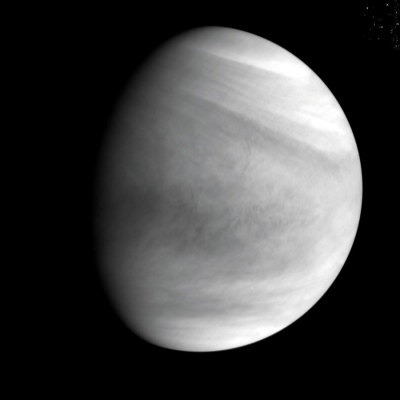 Venus probe enters orbit Japan’s Akatsuki probe is circling Venus on an even-closer orbit than mission managers had hoped for, the Japan Aerospace Exploration Agency announced on 9 December. In 2010, Akatsuki missed its first chance to enter into orbit; it made a second, successful attempt this month. At its closest approach, the probe will fly just 400 kilometres above Venus’s surface, from which point researchers aim to study the planet’s atmosphere. Three of the craft’s five cameras have already been confirmed as functional after their extra five years in space. This image was taken by the ultraviolet imager from about 72,000 kilometres above Venus’s surface.

EU data-mining The European Commission confirmed on 9 December that it wants to propose legislation to exempt certain types of text and data mining from copyright laws. As part of wider copyright reform, public-interest research organizations would be allowed to mine text and data from journal articles for research purposes without having to ask permission from the copyright owner. Researchers worried about legal restrictions on the data mining have long campaigned for the change.

Gain of function The US National Science Advisory Board for Biosecurity will convene on 7 January in Bethesda, Maryland, to assess the risks and benefits of ‘gain-of-function’ research — work intended to increase the virulence, transmissibility or host range of pathogens. The meeting will consider the findings of a 1,006-page risk–benefit assessment by the Gryphon Scientific consultancy in Takoma Park, Maryland, published on 11 December. The United States introduced a moratorium in October last year on federal funding of such research on the agents that cause influenza, severe acute respiratory syndrome (SARS) and Middle East respiratory syndrome (MERS).

AIDS funding cut In a readjustment of priorities announced on 11 December, the US National Institutes of Health (NIH) will no longer put 10% of its science budget towards AIDS research, overturning a requirement of more than 20 years. The policy has been controversial, with opponents arguing that the number of HIV/AIDS deaths dropped precipitously during this time. The NIH director’s advisory council said that, as existing grants end, the move will eventually free up hundreds of millions of dollars for research on other diseases. The agency will refocus its remaining AIDS budget away from basic biology and towards the creation of specific therapies and vaccines.

Animal names safe Thanks to gifts totalling S$1.35 million (US$959,000), the International Commission on Zoological Nomenclature (ICZN) secretariat will be able to continue its role of ensuring that animal species are named in a systematic fashion. The commission had been facing insolvency. Based at the National University of Singapore, the ICZN enforces a globally accepted nomenclature code to ensure that each species has a unique and scientifically appropriate name; around 15,000 new species are described annually. The philanthropic Lee Foundation in Singapore provided nearly all of the endowment, the ICZN announced on 14 December in Berlin at a joint meeting with the International Union of Biological Sciences.

DOE science chief Cherry Murray, a physicist at Harvard University in Cambridge, Massachusetts, will be the new director of the US Department of Energy (DOE) science office. The US Senate confirmed her appointment on 10 December. The decision is considered surprising because most recent federal appointments have been blocked by the Senate — the previous nominee for the office, Michael Kastner, was not confirmed after his 2013 nomination. Murray, an expert in condensed-matter physics and photonics, will take office this month. 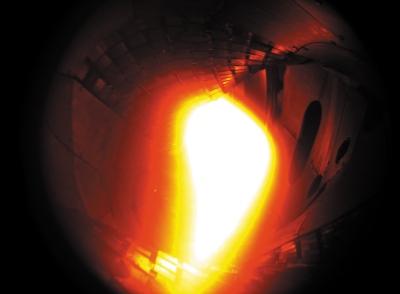 Stellarator is go The world’s largest ‘stellarator’ fusion device roared into life on 10 December. The €1-billion (US$1.1-billion) Wendelstein 7-X, based at the Max Planck Institute for Plasma Physics in Greifswald, Germany, produced its first plasma (pictured), lasting for one-tenth of a second and reaching a temperature of around 1 million °C. Although the test run used helium, next year the device will start superheating hydrogen in experiments designed to explore the suitability of the technique for commercial fusion. The stellarator confines ionized gas using intricately interwoven magnetic coils. The design is difficult to construct but potentially a more stable alternative to the doughnut-shaped ‘tokamak’ used by the international ITER fusion project, based in southern France.

NEON Inc. out The US National Science Foundation (NSF) has decided to replace the manager of the beleaguered US$434 million National Ecological Observatory Network, the company NEON, Inc. The decision comes after the company told the NSF in June that it was running $80 million over budget. That triggered a congressional hearing and warning from NSF that it might oust NEON, Inc. in favour of another operator. The construction of the remaining observatory sites will probably be overseen by another company.

Chemicals combine Two of the world’s largest chemical and agricultural companies, Dow Chemical of Midland, Michigan, and DuPont of Wilmington, Delaware, will attempt to merge. On 11 December, the companies announced that subject to regulatory approval, they would combine forces to create a firm valued at US$130 billion. That would then break apart into three independent companies: one focused on agriculture, another on materials science and the third on speciality products.

Dengue vaccine The first vaccine for preventing the tropical disease dengue fever has been approved for use in Mexico. The vaccine, Dengvaxia, developed by Sanofi Pasteur of Lyon, France, was approved on 9 December by Mexico for patients aged 9 to 45 who live in areas where dengue is endemic. The viral infection is carried by mosquitos, and the number of infections worldwide has risen rapidly in recent years. The vaccine protects against the four variants of the dengue virus, and was approved after a clinical-development programme that involved more than 40,000 people in 15 countries.

Open intelligence A group of individuals and companies from Silicon Valley in California have formed a non-profit company to research artificial intelligence (AI) that is “likely to benefit humanity as a whole”. The company, OpenAI, has raised US$1 billion and is co-chaired by Elon Musk, chief executive of the electric-car company Tesla Motors and private space-flight firm SpaceX. Musk has previously urged caution when it comes to AI, warning that it could become “more dangerous than nukes”. 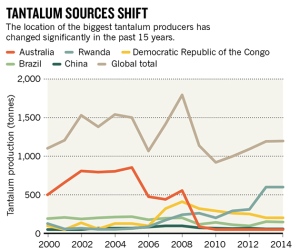 The source of tantalum, a metal used in the electronics industry and for specialized mechanical parts, has shifted dramatically since 2000, according to a US Geological Survey report. In 2000, Australia was the world’s main source of tantalum (producing 45%), but in 2014 Rwanda produced most (50%). Tantalum is a ‘conflict mineral’, meaning that its sale may finance conflict in countries such as the Democratic Republic of the Congo, and buyers must check the metal’s source. See go.nature.com/wog3zu for more.

19–22 December
The International Liposome Society gathers its members at University College London to discuss the use of liposomes in drug and vaccine delivery.
go.nature.com/jmj6uy