Distant worlds Astronomers last week discovered two potential dwarf planets in the outer reaches of the Solar System, orbiting the Sun beyond Neptune. One object, 2013 FY27, is the ninth-brightest trans-Neptunian object known, and at roughly 760 kilometres across is among the largest objects in the outer Solar System. The other object, 2013 FZ27, is smaller and dimmer. The discoveries were made by the same team that last month announced that it had found the Solar System’s most distant probable dwarf planet. See go.nature.com/xqiucr for more.

Heavy galaxy The largest known galaxy cluster in the distant Universe, nicknamed El Gordo — Spanish for ‘the fat one’ — is 43% heavier than previously thought. The galaxy, officially called ACT-CL J0102-4915, is 3,000 times the mass of the Milky Way. Astronomers think that El Gordo is so big because it formed when two galaxies collided and merged. The estimate comes from measurements taken with NASA’s Hubble Space Telescope, which places the galaxy at around 3 billion parsecs from Earth. 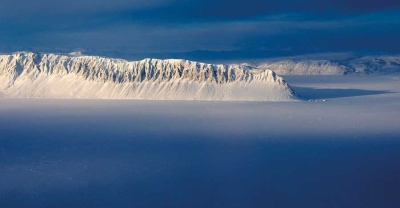 Arctic ice coverage peaks Arctic sea ice reached its maximum coverage for the year on 21 March, stretching across 14.91 million square kilometres, the US National Snow and Ice Data Center in Boulder, Colorado, said on 2 April. This year’s coverage is the fifth-lowest recorded since satellite monitoring began in 1978. Arctic sea ice has declined steadily in recent years, with a record annual minimum in 2012 of 3.41 million square kilometres, 49% below the 1979–2000 average.

Russian frost Both NASA and the North Atlantic Treaty Organization (NATO) cut ties with Russia last week, after it annexed Ukraine’s Crimean peninsula. NATO suspended all civilian and military cooperation — including scientific work such as technology on detecting hidden bombs under the Science for Peace and Security Programme. The US government suspended all visits, meetings, e-mails and other contact between NASA and Russian space agencies, except those involving the International Space Station. See page 162 for more.

Culls curbed The UK government said on 3 April that it will reform its controversial strategy for managing the spread of bovine tuberculosis (TB) by badgers (Meles meles). The government’s volte-face is effectively an admission that it was wrong to ignore scientists who warned that culling badgers would be ineffective in stemming the spread of bovine TB to cattle. The government said that its pilot programme of badger culls needs to become more effective and humane. Plans to extend the culls to other areas have been postponed. Some UK farmers had argued for culls to protect their herds (see Nature 490, 317–318; 2012).

Whale hunt axed Japan cancelled its annual Antarctic whale hunt on 3 April in compliance with a 31 March decision from the International Court of Justice in The Hague, the Netherlands, which ruled that the hunt was not scientific (see Nature 508, 12–13; 2014). The hunt was due to start later this year. Japan maintains that its whaling programme is for research and says that it will continue hunting in other areas, including the northern Pacific. Commercial whaling is effectively banned under international law.

Metrics review The UK government will review how metrics such as citation counts and numbers of published articles are used to assess research quality and award funding to UK universities. James Wilsdon, a science-policy researcher at the University of Sussex, UK, will chair the review panel, which will include Nature’s editor-in-chief, Philip Campbell. Wilsdon said that safeguards and guidelines might be needed to avoid the misuse of bibliometrics and the manipulation of the research-assessment system. The review will run until spring 2015.

Clinical trials vote The European Parliament last week agreed on new rules that could save researchers €800 million (US$1.1 billion) each year in clinical-trial regulatory costs. The rules simplify the submission and assessment of clinical trials, and will make it easier to conduct large, multinational studies, which could lead to improvements in reliability. Results will also be accessible in a public database to make trials more transparent. The regulation will be implemented in 2016 pending approval by European Union member states. 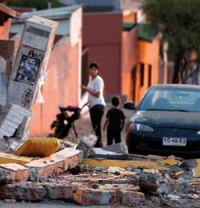 Chilean quake Chile was struck by a magnitude-8.2 earthquake on 2 April that killed at least six people in the north of the country (pictured). The quake hit about 100 kilometres northwest of the city of Iquique on Chile’s Pacific coast, according to the US Geological Survey. Despite the region’s proximity to a major active fault along the Nazca tectonic plate, the last comparably large tremor to occur in the area was in 1877 — a long period of inactivity called the Iquique seismic gap. See go.nature.com/p22nij for more.

Atomic timekeeping US scientists have unveiled the world’s most accurate atomic clock. On 3 April, the National Institute of Standards and Technology in Gaithersburg, Maryland, launched NIST-F2, a caesium-based clock that will neither gain nor lose a second in 300 million years, making it about three times more accurate than its predecessor. NIST-F2 will be used to time-stamp US financial transactions, among other applications. Clocks based on caesium are approaching their performance limit; later clocks will probably use atoms that vibrate at higher frequencies, making them more accurate.

Waste inspection Employees re-entered the US Waste Isolation Pilot Plant (WIPP) on 2 April for the first time since a leak forced the underground nuclear-waste facility to close in mid-February. Workers found no radioactive contamination during an inspection of the immediate area around the mineshaft entry. They also installed air-monitoring equipment, according to the US Department of Energy. Next week, WIPP workers will begin a search for the source of the contamination at the facility, which is located near Carlsbad, New Mexico.

AIDS-plan head The US President’s Emergency Plan for AIDS Relief (PEPFAR) has a new leader. Immunologist Deborah Birx took charge of the government’s overseas AIDS efforts on 4 April. Birx previously led the Division of Global HIV/AIDS at the Centers for Disease Control and Prevention in Atlanta, Georgia, and oversaw a major HIV-vaccine trial in Thailand during service in the US Army. PEPFAR is the world’s largest individual fund to tackle a single disease, having spent more than US$52 billion since 2004.

Aid-lab initiative The US Agency for International Development announced on 3 April the launch of a US$100-million Global Development Lab based in Washington DC. The lab will create a pipeline for research and development into food security and nutrition, maternal and child survival, energy access and sustainable water solutions. The initiative marks a shift in the agency’s approach to development funding: from helping organizations to tackle specific problems using existing technologies to identifying problems and funding the development of technological solutions. See go.nature.com/kngsjn for more.

Pollution payout Energy company Anadarko Petroleum agreed on 3 April to pay more than US$5 billion to clean up environmental pollution at more than 2,000 sites across the United States. It is the largest ever US settlement for environmental contamination, and brings an end to the lengthy case against energy and chemical company Kerr–McGee, which was bought by Anadarko in 2006. Kerr–McGee was blamed for using cancer-causing coal-tar creosote for wood preservation, and for contamination of soil and groundwater with ammonium perchlorate, a component of jet and rocket fuel. 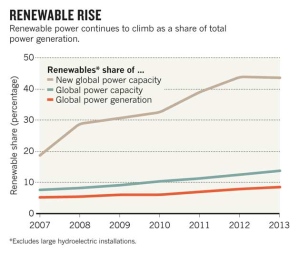 Renewable energy met 8.5% of global electricity needs in 2013, up from 7.8% the previous year (excluding large hydroelectric installations), according to figures released on 7 April by the United Nations Environment Programme. Policy uncertainty and lower solar-electricity installation costs saw total investment in renewable energy fall. But for the first time, China’s investment (US$56.3 billion, down 6% from 2012) outweighed that of Europe ($48.4 billion, down 44%).

21 April
The probable date for the final manoeuvre of NASA’s Lunar Atmosphere and Dust Environment Explorer spacecraft. On retirement, the craft will crash into the far side of the Moon. See go.nature.com/zifwec for more.