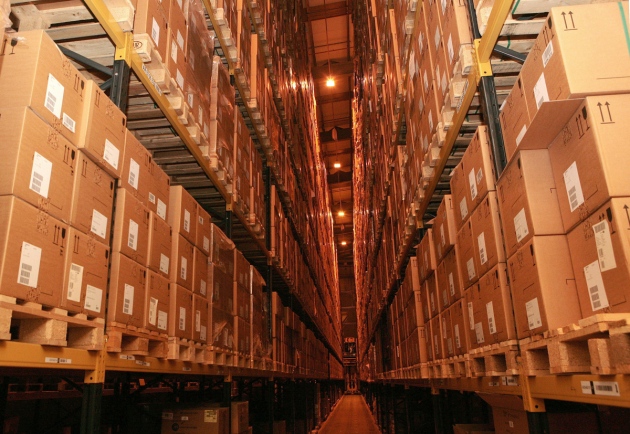 Stocks of the antiviral drug Tamiflu at an undisclosed location in the United Kingdom.

Governments have wasted billions of dollars stockpiling antiviral drugs for use in seasonal and pandemic flu, a non-profit group of medical experts said this week, after analysing the results of previously unpublished clinical trials.

The Cochrane Collaboration, an international organization headquartered in Oxford, UK, has been arguing its case against the efficacy of the antiviral Tamiflu (oseltamivir) for more than four years, initially on the basis of a previous analysis1 of the limited published data available. Today, it published an analysis of more than 500 pages2, after a campaign with the British Medical Journal (BMJ) to access the full, unpublished, clinical-trial data on Tamiflu.

But other scientists say that although scrutiny is welcome, the review has uncovered little new information and in itself does not make a strong case to stop stockpiling.

The UK government has reportedly spent £424 million (US$710 million) on stockpiling Tamiflu, and the United States $1.5 billion. At a press briefing in London on 7 April, Cochrane representatives argued that the antiviral has limited efficacy, and also that it should not be stockpiled.

The money “has been thrown down the drain”, said co-author Carl Heneghan, director of the Centre for Evidence-Based Medicine at the University of Oxford, UK, and co-founder of the group AllTrials, which campaigns for clinical-trial transparency. The United Kingdom is currently considering whether to spend another £50 million updating some of its expired stockpile. “They shouldn’t spend that money,” says Heneghan.

Some experts however say that the authors take the conclusions of their study too far when they recommend against stockpiling the antivirals. “We should demand better-designed clinical trials and greater transparency, but we should not put lives at risk by ignoring the overwhelming body of evidence accumulated over the past five years that supports the use of antivirals,” Peter Openshaw, director of the Centre for Respiratory Infection at Imperial College London, told the Science Media Centre.

Sabrina Spinosa of the European Medicines Agency (EMA), which approved Tamiflu for use in the European Union in 2002, says that the agency has also reviewed the 20 clinical-trial reports that the Cochrane Collaboration analysed (after it discarded others for bias). “The review does not raise any new concerns,” she says, adding that the EMA stands by its risk–benefit assessment of the drug.

At the press briefing, Heneghan and Tom Jefferson, another author of the study, decried a “multi-system failure” in the way the trials had been conducted by drug companies and incompletely reported in journals. Regulatory agencies were neither clear nor transparent about their decisions to approve the drug, they said. “The system is clearly broken,” added Fiona Godlee, editor-in-chief of the BMJ.

The Cochrane analysis found that Tamiflu shaved about half a day off the week that adults typically feel flu symptoms, and just over a day for children. But it said that there is no evidence that the drug prevents hospitalizations or complications of flu such as pneumonia. This contradicts a meta-analysis published in 20033, which was influential in governments' decisions to begin stockpiling the drug. But the Cochrane review, which also analysed trials of a similar antiviral, Relenza (zanamivir), agrees with the US Food and Drug Administration’s assessment that the drugs have ‘modest’ performance. The trials also showed that Tamiflu slightly raises the risk of problems such as psychiatric disorders and renal dysfunction.

Jonathan Nguyen-Van-Tam, a public-health researcher at the University of Nottingham, UK, says that he does not dispute the findings, but points out that the trials reviewed by Cochrane had studied mainly otherwise healthy people with seasonal flu. Later evidence gathered on Tamiflu’s use in 2009’s H1N1 pandemic suggests that the drug is useful4, 5, he says. For example, a study5 that he led found that in hospitalized patients, the drug reduced mortality by one-fifth compared with no treatment, and was especially effective when given within two days of the onset of symptoms. “They have chosen not to consider the many other observational studies,” he says.

But Jefferson says that such studies were not randomized, controlled trials and so should not be used to measure the drugs’ efficacy. And even if it is true that Tamiflu was useful for patients in hospitals, this is not evidence that it should be stockpiled and taken by healthy people in a pandemic, he adds. Moreover, governments should not be pointing to later observational trials to support earlier decisions to stockpile the drug. “They want to rewrite history,” he says.

Cochrane's definition of relevant evidence in this case has become “increasingly stringent” over the years, says Marc Lipsitch, an epidemiologist at the Harvard School of Public Health in Boston, Massachusetts, and it now excludes most or all non-randomized data. “A wider swath of data, randomized and not, with varying degrees of public scrutiny, should be considered,” he says, and could lead to different choices.

The Cochrane analysis was funded by the UK National Institute for Health Research, after a British parliamentary committee concluded that there was a lack of consensus over how well Tamiflu, which is made by Swiss pharmaceutical company Roche, actually works. A separate group, the Multiparty Group for Advice on Science (MUGAS), is also reviewing the data, and should report later this year. But the Cochrane investigators have raised concerns over the fact that the MUGAS team is funded in part by Roche.

The authors added that the World Health Organization should consider dropping Tamiflu from its list of essential medicines. The organization said in a statement that it would consider the findings.

“We urge people not to trust in published trials alone or in comment from conflicted health decision-makers,” Jefferson said in a statement, “but to view the information for themselves.”