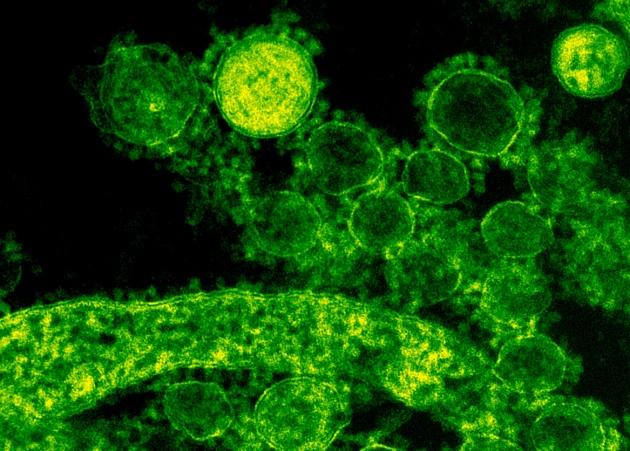 Coronavirus hCoV-EMC is thought to have originated in bats.

This week, researchers identified the molecule that has allowed a novel human coronavirus to infect at least 14 people, killing eight, since its detection last year. This key discovery, which pinpoints the receptor that the virus uses to infect cells in the human airways, opens up opportunities to study the virus’s origin, the level of risk it poses and potential drugs and vaccines.

But it will take more than lab work to determine whether the virus is the next SARS — the coronavirus responsible for severe acute respiratory syndrome, which infected more than 8,000 people and killed more than 750 in the early 2000s — or just an exotic pathogen of little broad importance to public health. Only epidemiological data can show how efficiently the new coronavirus, hCoV-EMC, spreads from person to person and whether it is as deadly as it seems — such data are sorely lacking.

To jump to humans, animal viruses such as these novel coronaviruses, and avian and swine flu viruses, must evolve to be able to latch onto proteins on the surfaces of human cells. In a paper published this week in Nature1, Stalin Raj at the Erasmus Medical Centre in Rotterdam, the Netherlands, and a largely European team report that spikes on the surface of hCoV-EMC bind to DPP4, a well-known receptor protein on human cells. When the binding site for the virus on DPP4 was blocked using antibodies, the virus could not infect cells; conversely, when DPP4 was expressed on the surface of normally non-susceptible cells, hCoV-EMC could now infect them.

The authors “unequivocally demonstrate that DPP4 is the receptor”, says Ian Lipkin, a renowned virus hunter at Columbia University in New York. Although other receptors or co-receptors might be involved, the experiments suggest no need to look further, he says.

The work seems “solid and important”, adds Michael Farzan, a virologist at the Scripps Research Institute’s campus in Jupiter, Florida, who a decade ago led the team that discovered the receptor used by the SARS virus to enter human cells2.

The receptor used by the SARS virus is found mainly on cells deep in the lungs. That helps to explain why that virus caused serious disease but was relatively difficult to catch or transmit by coughing or sneezing, notes Christian Drosten, director of the Institute of Virology at the University of Bonn Medical Centre in Germany and an author of the latest Nature paper. DPP4 seems to show a similar distribution, he says, which suggests that the new virus might behave in the same way.

But Stanley Perlman, a coronavirus researcher at the University of Iowa, Iowa City, and co-author of a related News & Views article also published in this week’s Nature3, cautions that knowledge of the distribution of DPP4 in the human airways is limited. The researchers did clearly show that the receptor is present on only some types of respiratory epithelial cells (about 20% of the total), which suggests that catching the disease might require inhaling high doses of virus, says Drosten. But another lab study, published last month in mBio4, found that the virus infects human bronchial epithelial cells as easily as the coronaviruses that cause the common cold.

The nature of the DPP4 protein means that the virus could remain a persistent threat. The receptor protein is present in very similar versions in many mammals, including bats, non-human primates, and various domestic animals. The virus might therefore easily jump between species, and humans might continue to be reinfected from a potentially wide range of animal reservoirs. This aspect of DPP4 is consistent with results published last year5 showing that hCoV-EMC could infect bat, pig and human cells in vitro, an interspecies promiscuity not seen in the SARS virus or other coronaviruses.

From a public-health standpoint, it will be important to learn whether human cases of hCoV-EMC — so far largely centred on the Middle East — are caused by occasional jumps from animal reservoirs, or whether the virus has adapted and is now a distinct human virus spreading between people. The answer could dictate whether control measures should focus on human-to-human transmission or on transmission from livestock.

“What we need is classic gumshoe epidemiology.”

Tests in people who were in close contact with patients made ill by hCoV-EMC suggest that it does not, in fact, pass easily between humans. Volker Thiel, a coronavirus researcher at the Kantonal Hospital in St Gallen, Switzerland, and an author of the study4 showing that the virus easily infects human cells, says that animal models are needed to better understand the factors affecting transmission.

Non-human primates are often used in coronavirus research, but researchers are also keen to study hCoV-EMC in more manageable species such as mice and ferrets. Bart Haagmans of the Erasmus centre, an author of the most recent Nature paper, says that this is difficult. Up to now he has been unable to infect ferrets, which he admits is “a bit surprising”. It is unclear whether features of the virus or of the animal are the obstacle, he adds.

Many of the human cases seen up to now cluster in families, which often indicates spread between humans but can also result from exposure to the same animal or environmental source. But cases in three members of the same family in the United Kingdom last month seemed to show unequivocal human spread. “What we need is classic gumshoe epidemiology,” Lipkin says — to learn whether the virus is present in other animals, how prevalent it is, how people contracted it and whether it is shed into the environment, for example in faeces.

Genomic data from viruses isolated from infected people would also help, Drosten says. If the nucleic acid sequences of hCoV-EMC from different human cases are very similar, that might suggest an ancestral virus that has become an established human virus. But if the virus is only occasionally jumping to humans from an animal reservoir, one would expect to see far greater genetic diversity.

The biggest question is whether the novel coronavirus is truly the killer that the current data suggest — the mortality rate is more than 50% — or whether there are many undetected mild or asymptomatic cases. To answer this requires large-scale testing of the population, in particular of people living near outbreaks who have not fallen ill, to see if they have antibodies to the virus in their blood. That would indicate that they have been infected.

The assays needed have been developed in Drosten’s and other labs, and Drosten insists that they are ready to use. Other researchers worry, however, that some tests might generate false positives by detecting other coronaviruses. Perlman says that it is urgent to start testing, especially in the Middle East. “This is the key issue.”

A novel coronavirus, called hCoV-EMC has caused a handful of infections in three countries in the Middle East, and in the United Kingdom. Although it does not seem to transmit easily between humans, it can cause severe disease and death, and scientists are watching closely for new cases.

On 12 March, the World Health Organization reported a further case of infection with the novel coronavirus in an unspecified location in Saudi Arabia. The 39-year-old man first showed signs of illness on 24 February, was admitted to hospital four days later, and died on 2 March. This increases the worldwide tally of confirmed cases to 15, of whom 9 have died. Saudi Arabia has reported 8 of the 15 cases, including 6 deaths.