SESAME open The opening on 16 May of a powerful synchrotron light source near Amman, Jordan, marks a new era of scientific partnership in the Middle East. SESAME (Synchrotron-light for Experimental Science and Applications in the Middle East), a collaboration currently including Cyprus, Egypt, Iran, Israel, Jordan, Pakistan, the Palestinian Authority and Turkey, cost about US$110 million to build. The European Union and other countries provided financial and technical support for building the 2.5-gigaelectronvolt machine, which channels light into beams of intense radiation for research ranging from biology to materials science and archaeology. SESAME aims to become the world’s first synchrotron powered entirely by solar energy.

IBM unveils quantum upgrade Numerous researchers have had their first chance to practise with quantum programming since IBM’s rudimentary Quantum Experience service went online a year ago. On 17 May, the company announced that it has upgraded the freely available service from 5 superconducting qubits (quantum bits) to 16. It has also launched a second processor, twice as powerful, which is available for a fee. IBM is one of several companies and academic labs racing to build the first quantum machine that could outperform any existing classical computer — a threshold expected to be passed at around 50 qubits. 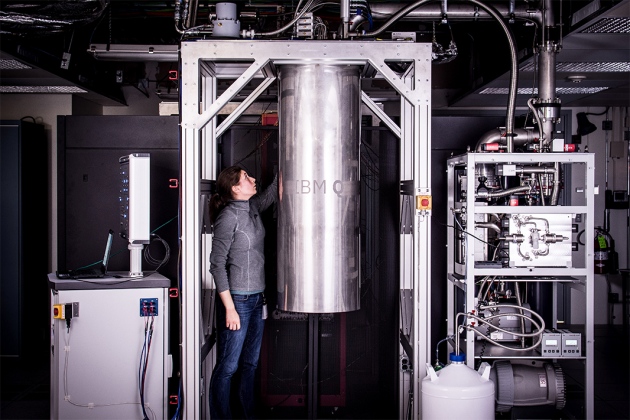 French cabinet Science and the environment are well represented in the first government of French president Emmanuel Macron and his prime minister, Édouard Philippe. Among the ministers announced last week, Frédérique Vidal, a biologist and president of the University of Nice Sophia-Antipolis, was put in charge of higher education, research and innovation. Agnès Buzyn, a haematology researcher and physician who has held senior positions in France’s public-health agencies, was named minister for solidarity and health. And Nicolas Hulot, a popular environmental activist and former nature-documentary producer who was wooed in vain by past presidents, will head a powerful new environment and energy ministry.

Mercury treaty A global treaty that aims to reduce mercury pollution will enter into force on 16 August following its ratification on 18 May by the European Union and seven of its member states. The Minamata Convention on Mercury, named after the Japanese city where the worst-ever mercury poisoning was discovered in 1956, was negotiated and adopted in 2013 by 140 countries. With more than 50 nations now having ratified it, the treaty will legally require all signatories to address issues surrounding use, trade, emissions and disposal of the toxic element and its compounds.

Final cause More than half of the world’s estimated 56 million deaths in 2015 were recorded without listing a cause, according to a global health report from the World Health Organization (WHO) released on 17 May. This number, however, has dropped markedly in a decade. Since 2005, when about two-thirds of global deaths had no recorded cause, populous countries such as Iran, Turkey and China have made notable progress by reporting detailed information for most deaths, says the WHO. Registering causes of death helps countries to track public-health trends and determine ways to increase population health, the agency says.

Precision medicine Kalydeco (ivacaftor), a precision drug designed to treat a rare form of cystic fibrosis, can now treat more people with the genetic disease, thanks to a 17 May approval by the US Food and Drug Administration (FDA). In 2012, Vertex Pharmaceuticals in Boston, Massachusetts, received FDA approval to market the drug only to patients whose disease is caused by one of 10 genetic mutations — a subset representing 4% of cases, or about 3,000 people worldwide. The new approval expands this to 33 mutations, covering an extra 3% of cases in the United States. Kalydeco is one of the world’s most expensive drugs, at US$300,000 for a year’s treatment.

Cranial remains The Cesare Lombroso Museum of Criminal Anthropology in Turin may continue to display the skull (pictured) of Giuseppe Villella, a thief who died in 1864. The Italian criminologist Cesare Lombroso used Villella’s skull to support his incorrect atavism theory, which argued that the shape of a skull could predict criminal tendencies. Five years ago, a judge had ruled that the skull should be returned to Motta Santa Lucia in southern Italy for a dignified burial, reasoning that the abandoned theory had no scientific or educational value. But on 17 May an appeals judge in Catanzaro ruled that it was an object of cultural value that should remain in the museum. 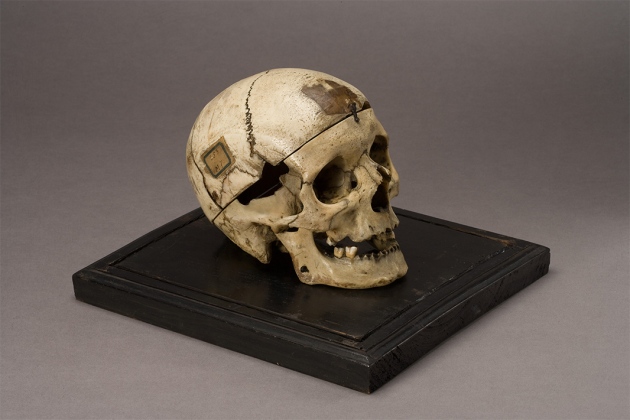 Election pledges Ahead of the UK general election in June, the three main political parties have each promised to increase the country’s total research spending. The governing Conservative Party — which polls suggest will remain in power following the 8 June election — pledged to raise overall public and private research and development expenditure from 1.7% to 2.4% of the United Kingdom’s gross domestic product (GDP) within ten years. The opposing Labour Party says it will aim for 3% of GDP by 2030, and the Liberal Democrats announced a “long-term goal” to “double innovation and research spending across the economy”. However, none of the party manifestos unveiled last week make detailed financial commitments to science.

Seed-vault flood The Svalbard Global Seed Vault, a repository in the Norwegian Arctic intended to provide a long-term back-up for the world’s seeds, is to be upgraded to protect against flooding caused by melting permafrost. Water entered the vault’s long access tunnel over the winter, as a result of unusually warm Arctic temperatures. The seeds were safe, but the vault’s operator — a Norwegian government agency — announced on 19 May that it will construct extra waterproofing and drainage ditches to protect against the effects of future climate change.

WHO reforms Three years after the outbreak of the Ebola crisis, the World Health Organization (WHO) has pledged to reform its operations in Africa, where about 100 public-health emergencies occur each year. The agency will establish several sub-regional emergency hubs to help the continent to respond more quickly to future emergencies, said Matsidisho Moeti, its regional director for Africa, on 22 May. The WHO will also step up its efforts to improve adolescent health in Africa, she told the World Health Assembly in Geneva, Switzerland. As Nature went to press, the WHO’s decision-making body was expected to elect a new director-general, who will take office for a five-year term on 1 July.

Swiss nuclear vote Switzerland has voted to terminate the use of nuclear power in favour of energy from renewable sources. In a 21 May referendum, more than 58% voted to phase out Switzerland’s five existing nuclear power plants, which currently provide about one-third of the country’s electricity needs. The binding vote backs the Swiss government’s plans to decommission the facilities, but does not specify how soon they must be shut off.

Plastic-waste prize On 18 May, the Ellen MacArthur Foundation announced a US$2-million prize to help keep plastics out of the oceans. Funded by US philanthropist Wendy Schmidt, the New Plastics Economy Innovation Prize is split into two challenges: $1 million is on offer for inventions that get products such as shampoo and drinks to people without generating plastic waste. And another $1 million is available to innovators who come up with ways to make all plastic packaging recyclable. As concern has grown over the threat posed to the environment by plastic in the oceans, scientists have stressed the need to reduce pollution at source as well as clean up existing waste.

The genomes of 225 plants are now available online — 86 more than a year ago — according to the second State of the World’s Plants report, released on 18 May. The main focus of sequencing is crop species, ranging from staples such as rice and wheat to coffee, beer hops and quinoa. But the distribution of species sequenced is uneven across the plant tree of life. For example, many families of the species-rich seed plants (angiosperm and gymnosperm orders) have no sequenced species. 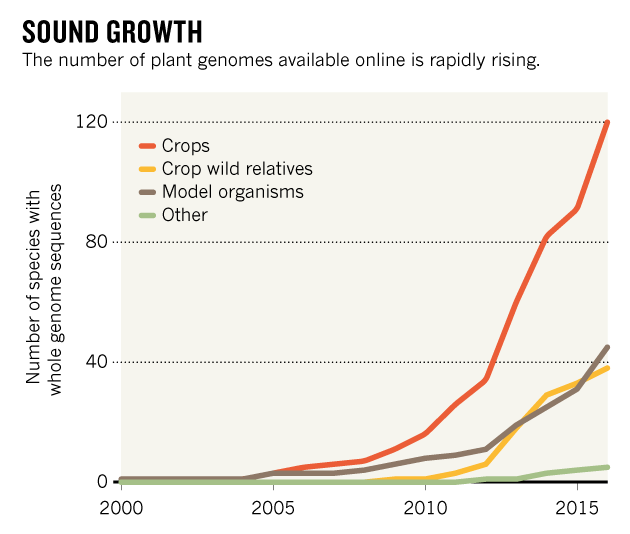 23–27 May
China’s top Go players compete with artificial intelligence at the Future of Go Summit in Wuzhen.
go.nature.com/2r95xdb

31 May–1 June
The biennial UK Space Conference is held in Manchester, UK.
ukspace2017.co.uk

1 June
A SpaceX Falcon 9 rocket will launch the Dragon spacecraft on its 11th mission to resupply the International Space Station.
go.nature.com/2qbkmrl