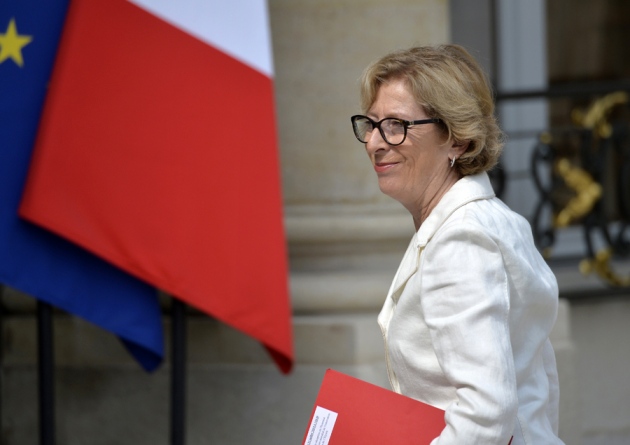 An unrelenting political push towards economic returns and short-term targets for research is endangering scientists' academic freedom in many countries around the world, the leading French researchers' union has warned.

“Budget cuts are often blamed for our problems, but they are only part of the picture,” says Patrick Monfort, secretary-general of the French National Trade Union of Scientific Researchers (SNCS-FSU). He says that governments have pushed for a focus on applied research, have reduced academics' job security while increasing their administrative tasks, as well as paperwork required for grant applications. Such policies are “geared towards innovation in order to spur consumption and competitiveness”, at the expense of academic freedom, he says.

Monfort was summing up the results of a survey of higher education and research unions that the SNCS-FSU conducted in France and 11 other countries — Argentina, Canada, Denmark, Italy, Portugal, Russia, Senegal, Serbia, Spain, the United Kingdom and the United States — in collaboration with the French higher-education union SNESUP-FSU. The results are collected in the latest issue of the SNCS-FSU's quarterly magazine.

Nearly all the unions that submitted opinions are members of Education International (EI), a federation of 401 teachers' unions in 171 countries and territories. On the strength of the survey, Monfort says, the SNCS-FSU and SNESUP-FSU will call for an international campaign to tackle the problem when the EI's Higher Education and Research Conference convenes in Accra in November.

Funding trends vary by country, but in all cases research institutions are being reformed to strengthen governments’ grip on science, says Monfort, who is also a microbial ecologist with the French National Centre for Scientific Research (CNRS) in Montpellier.

He adds that Canadian scientists, in particular, face a unique set of challenges as the government puts a squeeze not only on their funding, but also on their freedom of expression (see 'Canada to investigate muzzling of scientists').

International norms exist to protect research, but only the unions and a “limited number of governments take the texts seriously” and apply them, says Jens Vraa-Jensen, chair of the EI's European Higher Education and Research Standing Committee. Most countries and intergovernmental organizations, such as the Organisation for Economic Co-operation and Development (OECD), are more interested in immediate results and economic returns, he says (see 'French science needs ‘smarter’ spending, OECD says').

The United Nations Educational, Scientific and Cultural Organization (UNESCO) is also scrutinizing researchers’ working conditions. It adopted its first recommendation on the question in 1974, and is conducting wide-ranging consultations with the aim of updating and enriching the text in 2017.

Geneviève Fioraso, France's minister for research and higher education, disagrees with the SNCS-FSU’s conclusions, at least as far as France is concerned. “France is one country that believes and invests in public research,” she told Nature. She says that the French government has earmarked €16.5 billion (US$21.6 billion) for public research this year, which is 0.8% of gross domestic product — compared to an average of 0.7% in the 34 countries that are members of the OECD. “We have maintained this level despite the particularly tough economic constraints facing us,” says Fioraso (see 'Science safeguarded in French budget').

France also believes in the importance of serendipitous discoveries, “because basic research cannot be planned”, she says. “Half the ministry’s research budget goes to basic research.”

Fioraso agrees with the unions that grant applications should be streamlined and that researchers “must devote most of their time and energy to research if our country’s scientific excellence is to be sustained”. The French National Research Agency (ANR) in July 2013 simplified the selection procedure for so-called generic projects — grants that are open to all scientific disciplines and all types of research — and Fioraso says that it is already showing results: “So far, 28% of research teams filing detailed proposals have received funding, compared to only 16.5% of ANR applicants under the previous system.”

But Sciences en Marche, a researchers group that is organizing protests in September and October, denies that matters have improved. On the contrary, it said in a statement earlier this month that only 8.5% of generic projects submitted to the ANR this year will be financed. The situation in public research labs, for which the ANR is becoming the principal source of cash, is “catastrophic”, the statement says. “Numerous labs no longer have the means to continue working.”