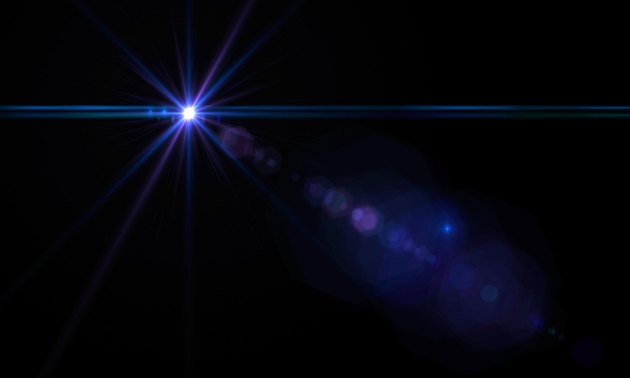 Measuring the properties of photons usually involves absorbing them, but a new device detects their passage and lets them fly by.

One of the cornerstones of quantum theory is the principle that you cannot measure any property of an object without affecting the object itself. Indeed, detecting the very existence of a photon until now has usually meant destroying it. Physicists, however, have now devised a way to detect single photons of visible light without bringing about their demise. Others had done the same with microwave photons, but this is the first time that it has been done in the part of the spectrum that could matter for a future 'quantum Internet'.

The conventional way to detect a single particle of light is to catch it with a sensor, absorbing its energy but destroying the particle in the process.

In recent years, physicists have developed  methods to extract part of the information from a particle’s quantum state — for example showing that it is more likely to be in one place than in another — in a set of methods known as weak measurement. But in doing so, they reduce the amount of information carried by the quantum state itself.

The new technique instead definitively detects whether the photon is there at all, while potentially leaving further quantum information intact, says Stephan Ritter, a physicist at the Max Planck Institute for Quantum Optics in Garching, Germany, and a co-author of the study. The researchers observe a trace of the photon — the 'envelope' containing the information — and pass it on without reading what is inside, he explains.

This could be useful in applications such as quantum networks, which promise to transport data with unbreakable encryption, but require delicate quantum states to be transmitted without any disturbance. Quantum networks encode information in quantum bits, or qubits, which can occupy multiple states simultaneously as if they were living separate histories in parallel universes at the same time. Thus, unlike the information-carrying bits in conventional computers, qubits can be in a superposition of both '0' and '1' at the same time. But any disturbance will force the qubit to pick one of the two states, destroying the richer information.

In their experiments, described today in Science1, Ritter and his colleagues set up an optical cavity consisting of two mirrors facing each other just half a millimetre apart, which can confine between them photons of specific 'resonant' energies. Inside, the team trapped a single atom in a superposition of two states, one of which was resonant with the cavity. An atom in this resonant state prevents photons of the same energy from entering the cavity.

When the team fired a photon at the cavity, the atom’s dual personality caused two things to happen at once. In one of the 'parallel universes' of its superposition, the one in which the atom was resonant with the cavity, the photon did not enter: it just bounced back from the outside of one of the mirrors. In the other parallel universe, the photon entered the cavity, bounced between the two mirrors, and then exited again the same way it came in. The overall quantum state of the photon was not affected, but the state of the atom was: The phase between the coupled and the uncoupled state was shifted by 180 degrees. By reading this shift, the researchers could detect the passage of the photon, explains Ritter.

Serge Haroche, a physicist at the Collège de France in Paris, pioneered a similar technique2 in the 1990s as part of research for which he went on to win a Nobel prize in 2012. However, he and his collaborators were able to achieve the feat only with photons in the microwave range, which are not suitable for quantum communications.

Philippe Grangier, a physicist at the Institute of Optics in Palaiseau, France, says that Ritter's technique might form part of a toolbox needed to create a quantum repeater, a key component of a future quantum Internet.

However, Gilles Nogues, a physicist at the Néel Institute in Grenoble, France, who worked with Haroche on the microwave-photon experiments, says that this stage is some way off. For any quantum applications to work, the device needs to operate with photons in superpositions of states, something that Ritter's team has yet to demonstrate. "Non-destructive measurements are boring as long as you just measure 0 or 1. But they become fascinating as soon as you use them on a quantum superposition of those two values," he says.

An earlier version of this article stated that the technique described in the new Science paper leaves the quantum state of a photon completely intact; however this is not something the authors of the study have demonstrated.