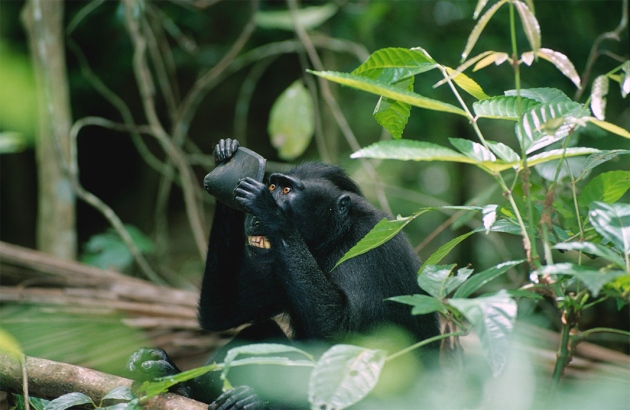 Monkeys can recognize faces thanks to a suite of neurons that identify particular facial features.

People can pick a familiar face out of a crowd without thinking too much about it. But how the brain actually does this has eluded researchers for years. Now, a study shows that rhesus macaque monkeys rely on the coordination of a group of hundreds of neurons that pay attention to certain sets of physical features to recognize a face.

The findings, published on 1 June in Cell1, clarify an issue that has been the subject of multiple theories but no satisfying explanations.

“The real cartoon view has been that individual cells are dedicated to respond to individual people,” says David Leopold, a neuroscientist at the US National Institute of Mental Health in Bethesda, Maryland. But other theories suggested that groups of neurons worked in concert to recognize a face.

The latest results show that each neuron associated with facial recognition, called a face cell, pays attention to specific ranked combinations of facial features. “We have cracked the code,” says study co-author Doris Tsao, a systems neuroscientist at the California Institute of Technology (Caltech) in Pasadena.

To start, Tsao and Le Chang, a neuroscientist also at Caltech, studied the brains of two rhesus macaque monkeys (Macaca mulatta) to determine the location of the animals’ face cells. They showed the monkeys images of human faces or other objects, including bodies, fruit and random patterns. They then used functional magnetic resonance imaging to see which brain regions lit up when the animals saw a face.

The team focused on those hotspots to see what the face cells were doing. Tsao and Chang used a set of 2,000 human faces with varying characteristics, such as the distance between the eyes or the shape of the hairline, for the monkeys to view. The neuroscientists then implanted electrodes into the macaques’ brains to compare the responses of individual neurons to the facial differences.

Tsao and Chang recorded responses from a total of 205 neurons between the two monkeys. Each neuron responded to a specific combination of some of the facial parameters.

“They have developed a model that goes from a picture on a computer screen to the responses of neurons way the heck down in the visual cortex,” says Greg Horwitz, a visual neurophysiologist at the University of Washington in Seattle. “This takes a huge step forward,” he says, because the model maps out how each cell responds to all possible combinations of facial features, instead of just one.

Tsao and Chang wondered whether, within the specific combination of characteristics that a face cell recognized, each neuron was better tuned to particular features than to others. They tested this idea by trying to recreate the faces the monkeys were shown, on the basis of each neuron’s response to its cast of characteristics. Based on the strength of those signals, the neuroscientists could recreate the real faces almost perfectly.

When the monkeys saw faces that varied according to features that a neuron didn’t care about, the individual face cell’s response remained unchanged.

In other words, “the neuron is not a face detector, it’s a face analyser”, says Leopold. The brain “is able to realize that there are key dimensions that allow one to say that this is Person A and this is Person B.”

Human brains probably use this code to recognize or imagine specific faces, says Tsao. But scientists are still unsure about how everything is linked together.

One message is clear for neuroscientists. “If their inclination is to think: ‘We know how faces are recognized because there are a small number of face cells that sing loud when the right face is seen,’ I think that notion should gradually go away, because it’s not right,” says Leopold. “This study presents a more realistic alternative to how the brain actually goes and analyses individuals.”