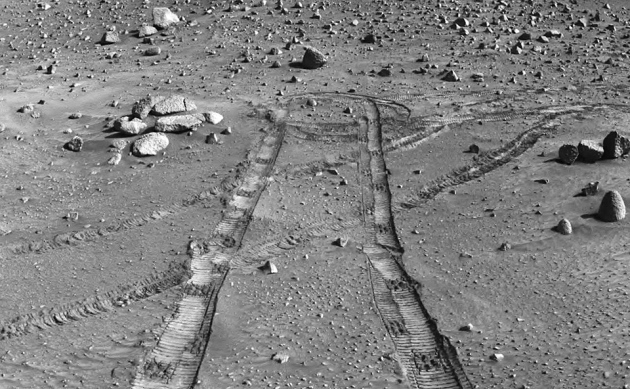 NASA hopes to launch its next rover to Mars in 2020.

NASA is looking at a new way of studying Mars.

Starting in the 2020s, scientists who participate in the agency’s Mars missions might no longer design and build their own highly specialized payloads to explore the red planet. Instead, planetary scientists could find themselves operating much as astronomers who use large telescopes do now: applying for time to use a spacecraft built with a generic suite of scientific instruments.

The proposed change is spurred by NASA’s waning influence at Mars. The agency’s long-running string of spacecraft is winding to a close, and international and commercial interests are on the rise. By the middle of the next decade, European, Chinese, Emirati and SpaceX missions are as likely to be at Mars as NASA is.

Jim Watzin, head of NASA’s Mars exploration programme in Washington DC, suggested the new approach to the red planet on 6 October at a virtual meeting of Mars scientists. “The era that we all know and love and embrace is really coming to an end,” he said. “It’s important to recognize that the future is not going to be the same as the past.”

Throughout the 2000s, NASA sent a sustained barrage of spacecraft to Mars, unique in the sheer number of robots directed at one planetary target. But many have expired, and the ones still operating are growing old. NASA’s three functional orbiters — Mars Odyssey, Mars Reconnaissance Orbiter, and MAVEN — launched in 2001, 2005, and 2013 respectively. The Opportunity rover is in its thirteenth year, and the Curiosity rover is in its fifth.

Perhaps more significantly, NASA has only one more spacecraft scheduled in its Mars programme, a rover due to launch in 2020 that is tasked with gathering samples for an as-yet-unscheduled return to Earth. (The InSight geophysics probe, slated for a 2018 launch, was not developed under the auspices of NASA’s Mars programme.)

All eyes on Mars

NASA wants to start planning for an orbiting mission sometime after 2020. In June, the agency asked five companies for information about what sorts of Mars orbiters they might be able to build, and how quickly and cheaply that could be done. Five international partners have also said they would like to be involved, Watzin said.

Many non-NASA missions to Mars are already on the books. In 2020, the European Space Agency and China each plan to launch Mars rovers, while the United Arab Emirates will send an orbiter. SpaceX of Hawthorne, California, hopes to start sending its Red Dragon landers to Mars beginning in 2018.

This broadening context prompted Watzin to propose the new way of operating Mars missions. “I’m not trying to fix something that’s broken,” he said. “I’m trying to open the door to a larger level of collaboration and participation than we have today, looking to the fact that we’re going to have a larger pool of stakeholders involved in our missions.”

Under the new, facility-based approach, scientists would propose investigations using one or more instruments on a future spacecraft — likely an orbiter. NASA would award observing time to specific proposals, much as telescope allocation committees parcel out time on their mountaintops. This would be different from the current approach, in which individual teams of scientists propose, build and operate instruments.

Watzin's proposal is a trial balloon, not an official change to NASA policy. “The idea right now needs to be fleshed out,” says Jeffrey Johnson, a planetary scientist at the Johns Hopkins University Applied Physics Laboratory in Laurel, Maryland, and head of the group that organized the meeting. “It's a little early yet to figure out how the community is going to respond.”

But some researchers are already pushing back. Alfred McEwen, a planetary scientist at the University of Arizona in Tucson, notes that the Mars Reconnaissance Orbiter’s HiRISE camera has taken thousands of images of Mars based on public requests. “We’ve managed to do all the things [Watzin] described already without a new paradigm,” says McEwen, the camera's principal investigator. “We have distributed operations, we have multiple customers, we have a foreign contributed instrument. So my immediate reaction to this idea was not very positive.”

Patrick McGovern, a planetary scientist at the Lunar and Planetary Institute in Houston, adds that most instrument principal investigators support a network of collaborators, including early-career researchers. “What I'm worried about is, are the savings coming at the expense of supporting a team?”

Added comments from Johnson and McGovern.