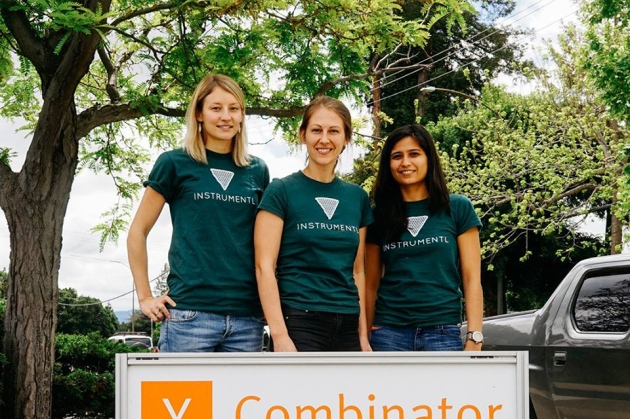 When Angela Braren met Katharine Corriveau in 2012 the two former scientists realized that they had a lot in common. Both had left research, and partly for the same reason: they spent much more time fundraising for their science than actually doing it.

Shared frustration quickly morphed into a shared vision. The two women joined up with computer scientist Gauri Manglik in San Francisco, California, and this August the team launched Instrumentl, a web- and e-mail-based service to match researchers with funding opportunities. Originally, scientists had to pay for a subscription to access the site after a two-week trial, but an updated version of the software with a free account option went live on 28 November. Since then, around 1,000 scientists a week have signed up, says Braren, a former fisheries biologist and Instrumentl's chief executive officer. The software has more than 10,000 users, the majority of whom have free access.

“We realized that bringing technology to this grants space — which hasn’t really seen much innovation — could make a big impact,” says Corriveau, a former agriculture researcher who is now chief operating officer at Instrumentl. Individual investigators, who typically default to browsing large, national funding-agency websites or Google, needed better tools to sift through the millions of dollars on offer, she says.

Music to their ears

Early users are enthusiastic, likening the website's approach to music recommendation engines. “The concept of a sort of Pandora for grants is fantastic,” says Erika Wright, a current user and research administrator at Humboldt State University in Arcata, California. As a recommendation engine, Instrumentl ‘learns’ user preferences, and refines subsequent suggestions accordingly. Wright typically searches through websites such as grants.gov, or databases such as SPIN, to find programmes for faculty researchers at Humboldt State. “Instrumentl takes something that currently takes a lot of time and effort to do manually and automates it,” she says.

Ecology doctoral student Lauren Satterfield, who signed up for a free account in late November, describes Instrumentl as “a dating site for researchers and grant agencies”. It took her about five minutes to set up her profile with demographic information and details about her field of study, specific research project and budget requirements, she says; within 24 hours, Instrumentl had sent 40 grant matches to her inbox.

“It’s hard enough to find a list of grants, but Instrumentl gives you a list of grants that match your project. Then I can pull from there,” says Satterfield, who studies wolf–cougar interactions at the University of Washington in Seattle.

Each summary profile includes basics about a grant programme — amount offered, deadlines, programme overview, eligibility, and preferences. Users can click ‘Save’, ‘Not sure yet’ or ‘Not interested’ and Instrumentl promises that its matching algorithm will incorporate their feedback in future suggestions.

At present, Instrumentl covers non-human biology (including zoology, botany and marine science), ecology, evolution, agriculture, soil science, Earth science, palaeontology and environmental science. Its database includes 7,000 funding opportunities, mostly from US-based funders; these include national, state and local governments, corporations, clubs, societies and private foundations. The Free Basic plan suits one researcher looking for grants that have application deadlines within the next 90 days, for one research project. An Individual plan (US$16 per month) supports one researcher looking for grants with application deadlines within the next 12 months for two projects, and a Group plan ($49 per month) supports multiple researchers and up to five projects.

Databases such as SPIN and Pivot provide broader coverage: SPIN includes 40,000 funding opportunities. Yet these services are largely designed for use by institutions. Access is costly and simple keyword searches often return long lists of poorly curated hits. Combing those lists for appropriate matches takes time that most researchers don’t have, says David Trinkle, director of research development at the University of California, Berkeley.

Trinkle says that, compared with many grant databases that he mines, the output from Instrumentl is easier to understand and therefore likely to increase researchers’ efficiency. And Instrumentl’s “21st-century approach” exposes investigators to non-conventional funding opportunities that they might not otherwise see, he adds. However, Trinkle would like to see the tool developed to cover more disciplines and opportunities. Braren says the service plans to add human-biology fields in 2017 and, eventually, all natural sciences.

Also absent are details on grant success rates and funding priorities, says Zoe Donaldson, an assistant professor of neuroscience at the University of Colorado Boulder. Donaldson does not use Instrumentl and relies for her grant searches on e-mails from the free funding-opportunity aggregator service Trialect, as well as on departmental listings and her social network.

Still, Instrumentl has the potential to save researchers’ time and boost the number of grant submissions they make, Wright says. Both these benefits represent strong returns on an investment in today’s ultra-competitive funding environment. Wright encourages faculty members to sign up for free accounts to try out the product. But it’s too early to tell how many researchers will migrate to fee-based tiers. “After all,” says Donaldson, “I can’t pay for that out of my grant funds.”