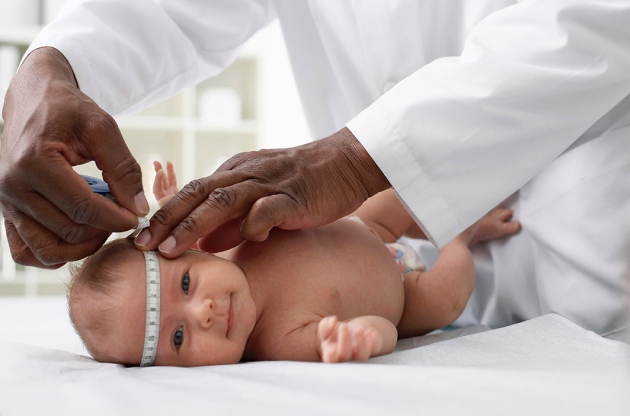 Life Study aimed to find associations between factors early in life and outcomes later on.

An ambitious study that planned to collect information on 80,000 British babies throughout their lives has ended just 8 months after its official launch because not enough prospective parents signed up. The closure comes less than a year after the US National Institutes of Health (NIH) cancelled a similar effort to trace 100,000 children from birth, prompting fears that researchers will now shy away from proposing similar studies.

“I am afraid that the scientific community may not dare to embark on similarly ambitious cohort studies in the near future,” says Camilla Stoltenberg, who heads the Norwegian Institute of Public Health in Oslo. She is responsible for a major birth-cohort study in Norway and chaired the inter­national scientific-advisory committee to the UK project, called Life Study.

Prized by both medical researchers and social scientists, birth-cohort studies reveal associations between factors early in life, such as poverty or a mother’s diet in pregnancy, and outcomes later on, ranging from diseases to cognition and earnings. Various efforts already exist around the world, but Life Study was to be one of the biggest and most ambitious yet. It got the green light in 2011 when government funding bodies, including the Economic and Social Research Council (ESRC) and the Medical Research Council, agreed to support the study with £38.4 million (US$58.9 million) until 2019.

In January 2015, a team led by Carol Dezateux, a paediatric epidemiologist at University College London’s Institute of Child Health, opened the study’s first dedicated recruitment centre, on the outskirts of London. The researchers hoped to sign up as many as 16,000 prospective mothers — of a total target of 60,000 — by July 2016. Another 20,000 babies were to be recruited nationwide after birth. But between January and early September this year, just 249 women signed up, according to the ESRC, which oversaw the study. A review of the project in July identified recruitment as a major concern, and on 10 July, the ESRC decided that the study should close. The cancellation was publicly announced on 22 October.

Dezateux and some of her colleagues say that the closure was premature, and that they were not sufficiently consulted on the decision. They accept that recruitment was difficult, a challenge intensified by the study’s remit to include a substantial proportion of families from ethnic-minority and disadvantaged groups, who have historically been particularly hard to recruit.

But the researchers say that they intended to test and refine recruitment methods during the first phase of the study — for example, the team had planned to make the study less burdensome for women by collecting information during a routine ultrasound scan rather than asking for a separate visit — and that the review process did not take such plans fully into account.

Fiona Armstrong, who was responsible for Life Study at the ESRC, says that the research council did indeed consider the researchers’ plans to adjust the recruitment process — and consulted the research team as part of that process — but ultimately, it still concluded that “whatever might be done wasn’t enough”. “We couldn’t take the risk of putting more and more money into it,” she says. The study consumed around £9 million ($13.8 million), a sliver of the more than $1.2 billion — over 15 years — that was sunk into the US National Children’s Study (NCS).

“We have to find ways of doing this that pose the least burden possible to participants.”

Epidemiologists are drawing parallels between Life Study’s demise and that of the NCS. “It’s déjà vu all over again,” says Mark Klebanoff, a paediatric epidemiologist at Nationwide Children’s Hospital in Columbus, Ohio.

Clinical epidemiologist George Davey Smith, who co-directs a separate birth-cohort study at the University of Bristol, UK, notes that a huge challenge for both efforts was that they were trying to provide answers to extremely diverse questions, which put constraints on the studies’ designs. For example, assessing inequalities between socio-economic groups requires data from a large, representative population sample that includes disadvantaged and minority groups — whereas answering questions relating to the origin of disease requires the collection of extensive biological samples such as blood and tissues. “It’s incredibly sad,” he adds of Life Study’s end.

Those involved in both studies hope to salvage something from the wreckage. After the NCS ended, plans emerged for a more modest study of influences on child health; Dezateux says that she and her colleagues are “determined to take forward key elements” of Life Study.

Whether and how such studies can be conducted in future is unclear. Response rates are falling in many surveys and population studies compared with those in decades past, say researchers — perhaps because there are more demands on people’s attention. “We have to be mindful of the fact that people’s lives are busier than ever,” says Klebanoff. “We have to find ways of doing this that pose the least burden possible to participants.”

Scientists need to exploit existing data sources more, says Stoltenberg. Extensive databases of health, educational and income data exist in many countries and provide vast amounts of information on the cheap — as long as people consent to their use. In Norway, such databases have been crucial to the success of its national birth-cohort study, which is following more than 100,000 children, she says.

But it is important to create systems through which information can be more easily extracted from such databases for use in cohort and other types of research, she adds. “We don’t have the infrastructure,” she says. “We’re trying to drive sophisticated vehicles like birth-cohort studies where there are no real roads.”