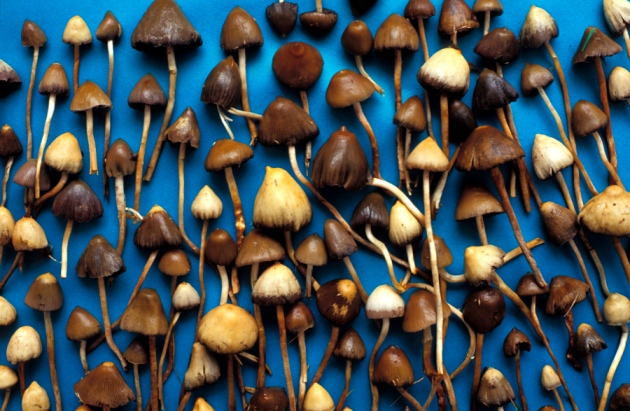 Magic mushrooms are taken for their psychedelic effects, but end up improving depression treatment.

A hallucinogenic drug derived from magic mushrooms could be useful in treating depression, the first safety study of this approach has concluded.

Researchers from Imperial College London gave 12 people psilocybin, the active component in magic mushrooms. All had been clinically depressed for a significant amount of time — on average 17.8 years. None of the patients had responded to standard medications, such as selective serotonin re-uptake inhibitors (SSRIs), or had electroconvulsive therapy.

One week after receiving an oral dose of psilocybin, all patients experienced a marked improvement in their symptoms. Three months on, five patients were in complete remission.

“That is pretty remarkable in the context of currently available treatments,” says Robin Carhart-Harris, a neuropsychopharmacologist at Imperial College London and first author of the latest study, which is published in The Lancet Psychiatry1.

The equivalent remission rate for SSRIs is around 20%.

The study's authors are not suggesting that psilocybin should be a treatment of last resort for depressed patients. “Our conclusion is more sober than that — we are simply saying that this is doable,” says Carhart-Harris. “We can give psilocybin to depressed patients, they can tolerate it, and it is safe. This gives us an initial impression of the effectiveness of the treatment.”

Demonstrating the safety of psilocybin is no small task. Magic mushrooms are categorized as a Class A illegal drug in the United Kingdom — the most serious category, which also includes heroin and cocaine.

The ethics committee that granted approval for the trial was so concerned that trial volunteers could experience delayed onset psychotic symptoms that it requested a three-month follow-up on the subjects.

“The study result isn’t the remarkable part — it’s the fact that we did it at all.”

“This was unprecedented,” says neuropsychopharmacologist David Nutt at Imperial, who is senior author of the study.

It took 32 months between having the grant awarded and dosing the first patient, says Nutt. By comparison, it took six months “to get through the machinations” for his team’s previous studies using the equally illegal drugs LSD and MDMA, he says.

“Every interaction — applying for licenses, waiting for licenses, receiving the licenses, applying for contracts for drug manufacture, on and on — involved a delay of up to two months. It was enormously frustrating, and most of it was unnecessary,” says Nutt. “The study result isn’t the remarkable part — it’s the fact that we did it at all.”

The World Health Organisation calls depression “the leading cause of disability worldwide”. But effective therapies are hard to find. Searching for new treatments, researchers have looked to potent and quirky alternatives such as ketamine and ayahuasca, both of which have shown promise in clinical trials.

“It’s worth noting that we have not developed any new treatments which are widely used since the 1970s for depression, despite the fact that this is the major public-health problem in the Western world and middle-income countries,” says Glyn Lewis, who studies psychiatric disorders at University College London.

Particularly interesting, he says, is the fact that psilocybin seems to take effect with a single dose, unlike some current medications for depression that must be taken daily.

“This study is simply asking: is this interesting enough to pursue further as a treatment for depression?” says Lewis. “My own judgement is that yes, it is.”