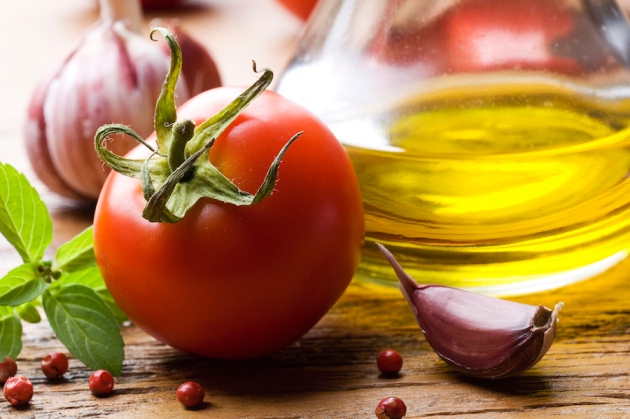 Nutritionists recommend a Mediterranean diet, rich in fruits and vegetables.

An analysis of 53 weight-loss studies that included more than 68,000 people has concluded that, despite their popularity, low-fat diets are no more effective than higher-fat diets for long-term weight loss.

And overall, neither type of diet works particularly well. A year after their diets started, participants in the 53 studies were, on average, only about 5 kilograms (11 pounds) lighter.

“That’s not that impressive,” says Kevin Hall, a physiologist at the US National Institute of Diabetes and Digestive and Kidney Diseases in Bethesda, Maryland. “All of these prescriptions for dieting seem to be relatively ineffective in the long term.”

The study, published in The Lancet Diabetes and Endocrinology[1], runs counter to decades' worth of medical advice and adds to a growing consensus that the widespread push for low-fat diets was misguided. Nature looks at why low-fat diets were so popular and what diet doctors might prescribe next.

Are the new findings a surprise?

The advantages of low-fat diets have long been in question. “For decades we’ve been touting low-fat diets as the way to lose weight, but obesity has gone up,” says Deirdre Tobias, lead author of the study and an epidemiologist at Brigham and Women’s Hospital in Boston, Massachusetts. “It seemed evident that low-fat diets may not be the way to go.”

Some clinical data have backed up this observation. But Tobias’s research is unique in both its size and its scope: the study focused only on long-term results of diets, and it also took into account how stringent the diets were, says Hall, who was not involved in the work.

But the shops are still full of foods advertising that they are low in fat. Hasn't anyone got the message?

Processed foods, cooking shows and even some clinicians continue to push low-fat foods for weight loss. But Tobias hopes that this is starting to change.

In the United States, an important revision may come later this year when the US Department of Agriculture is scheduled to release its update to the nation’s dietary guidelines, which set the tone for everything from medical advice to school lunches. Earlier this year, a scientific report to the agency recommended the eradication of limits on daily fat consumption.

Why did fat get the blame in the first place?

No matter what the diet, the key to weight loss is to burn more calories than are taken in. Fats contain more than twice as many calories per gram as proteins or carbohydrates. It seemed logical, then, to reduce fat as a means of reducing calories overall, says Hall.

No one knows for sure why this strategy failed, says Tobias. But often those fats were replaced by carbohydrates, which can leave dieters feeling less sated and more prone to snacking.

So is fat back on the menu?

As far as weight loss is concerned, the study suggests that there is no need to limit healthy fats (such as the unsaturated fats in olives, avocados and fatty fish). But it did not address other health concerns, and saturated fats are still thought to be associated with poor heart health, including heart attacks and stroke.

Why did all of the diets perform so poorly over the long term?

Dieters tend to adhere strictly to their diet in the beginning, but quickly begin to revert to old habits, says Hall. By about six months, dieters have often reached their lowest weight but are back to consuming nearly as many calories as they did before they started dieting. From there, they start putting the weight back on.

Studies that look at physiological indicators of calorie intake have shown that this overall eating pattern holds, even when dieters report that they are still cutting calories2.

Does this mean that dieting doesn't help when it comes to losing weight?

Not necessarily. The data reported in these studies are averages. Some of those enrolled in the studies probably did keep off a significant amount of weight for over a year; others may have gained weight. “There are some people who can lose weight and keep it off on a low-carb or low-fat diet,” Hall says. “We don’t know ahead of time who will do better.”

Nutritionists are beginning to shift their focus away from single nutrients and towards looking at the overall pattern of eating. The ‘Mediterranean diet’, for example, advocates a menu replete with fruits and vegetables.

It is a more complex public health message — and more difficult to study in clinical trials — but Tobias thinks that ultimately, diets will be personalized. “To say cynically that there’s no diet that’s effective — I don’t think that’s the whole story.”