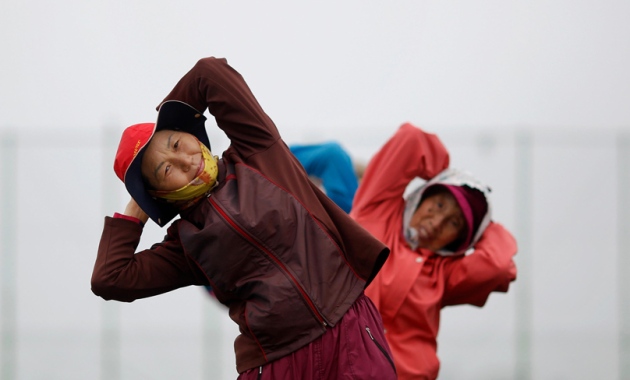 Broad gains in health and nutrition are boosting life expectancy in South Korea.

South Korea is likely to become the first country where life expectancy will exceed 90 years, according to a study in The Lancet1.

Researchers led by public-health researcher Majid Ezzati at Imperial College London have projected how life expectancy will change in 35 developed countries by 2030, using data from the World Health Organization and a suite of 21 statistical models they developed.

Life expectancy is expected to increase in all 35 countries, in keeping with steady progress in recent decades, the team found.

But it is South Korean women who will be living longest by 2030: there is a nearly 60% chance that their life expectancy at birth will exceed 90 years by that time, the team calculates. Girls born in the country that year can expect to live, on average, to nearly 91, and boys to 84, the highest in the world for both sexes (see 'Ageing populations').

The nation's rapid improvement in life expectancy — the country was ranked twenty-ninth for women in 1985 — is probably down to overall improvements in economic status and child nutrition, the study notes, among other factors. South Koreans also have relatively equal access to health care, lower blood pressure than people in Western countries and low rates of smoking among women. 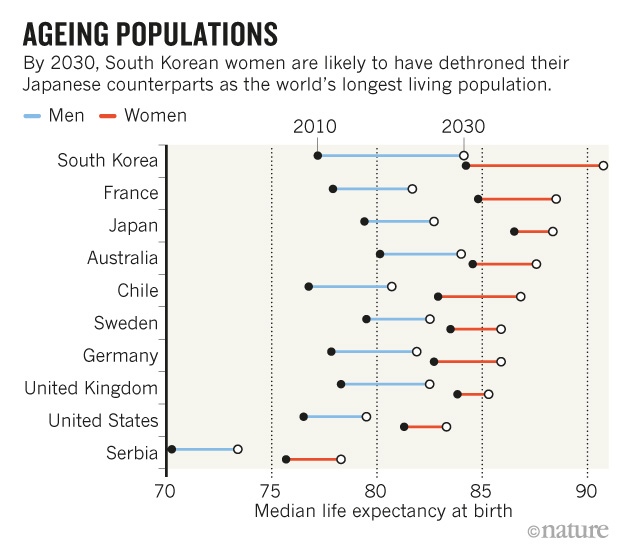 But gains in longevity around the world will put pressure on health-care systems and pensions and could push up retirement ages, the authors suggest.

One surprise of the study is the poor performance of the United States, the authors say. Life expectancy there already lags behind that of other developed nations, and is predicted to be among the lowest of these countries by 2030. It will lengthen by only a couple of years, to 80 for men (similar to the Czech Republic) and 83 for women (similar to Mexico).

Deepening inequalities in society and a lack of universal health care, as well as high child mortality and murder rates, are among the key culprits.