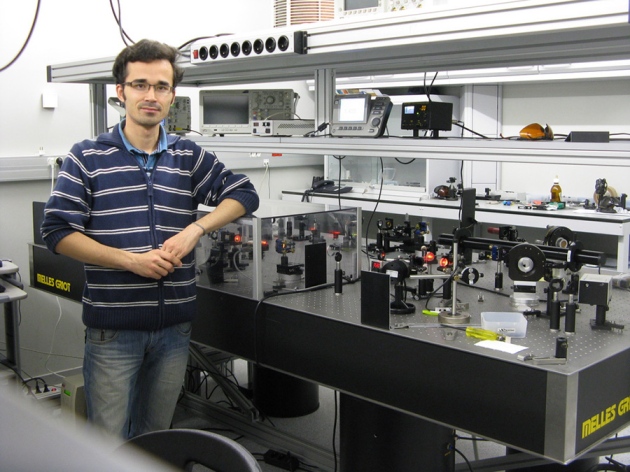 Omid Kokabee was a physics PhD student when he was arrested in Tehran in 2011.

Omid Kokabee, a physicist convicted of espionage in Iran, has been granted freedom on parole, his lawyer announced on 29 August. It could be the end of a five-year-long struggle for the Iranian scientist, who has said all along that he was punished for refusing to help a covert nuclear-weapons programme.

Kokabee, who is now 34 years old, was working on his PhD thesis in Spain and in the United States when he was jailed in Tehran in early 2011 while attempting to fly back to the United States after visiting his native country. He was later convicted for “illegal earnings” and "communication with a hostile government", accusations which are tantamount to spying.

Kokabee maintained his innocence and later stated that he had been persecuted for refusing to cooperate with a nuclear military programme in Iran. He had expertise with a type of laser that can be used for isotope separation, a step in the production of enriched uranium for nuclear weapons.

Last April, Kokabee was moved to hospital to have a kidney removed due to cancer. He was then granted a temporary medical leave and released after his friends posted a bail for him of 5 billion Iranian rials (US$165,000). But that status had to be renewed every two weeks.

Having already served more than one-third of his sentence, he was eligible for parole according to Iranian law. The head of the judiciary has now allowed it, after turning down several previous requests from Kokabee's lawyer. If the judiciary decided to revoke the parole for some reason, he could be brought back to prison to serve the remaining three years of his sentence. However, sources in Iran who are familiar with his case told Nature that Kokabee will be allowed to leave the country while he is on parole.

During his time in prison, Kokabee received the support of several scientific and human-rights organizations, including awards from the American Physical Society and the American Association for the Advancement of Science, and a letter signed by more than 30 Nobel laureates.

In a separate case, Shahram Amiri, another Iranian physicist allegedly related to the country's nuclear programme and accused of espionage, was executed earlier this month in Iran.