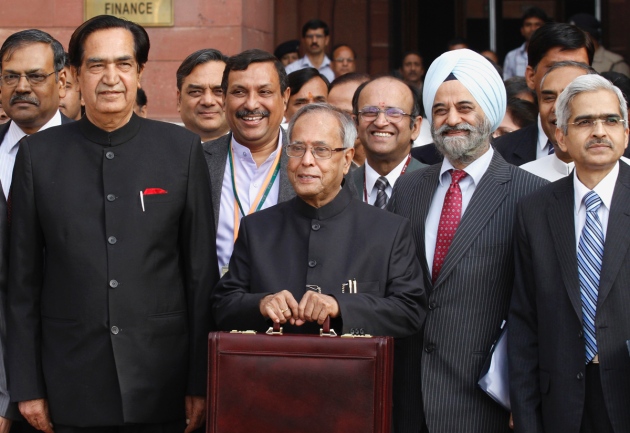 India’s remarkable growth in science funding — notching up annual increases of about 25% over the past five years — seems finally to have been hit by the global economic downturn.

Last week, the government’s budget for 2012–13 promised increases of between 2% and 18% for most of its scientific departments, disappointing researchers who note that the country’s 7% inflation rate will consume most of the extra cash (see table). An apparent increase of 52% in the space-science budget was actually caused by a roll-over of unused funds from last year.

Researchers had been expecting a major funding boost this year, after assurances from Prime Minister Manmohan Singh. In a speech at the annual Indian Science Congress in Bhubaneswar in January (see Nature http://dx.doi.org/10.1038/nature.2012.9750; 2012), Singh lamented that China’s progress in science has overshadowed India’s, and he promised a “major increase” in research and development spending, from the current 1% of the gross domestic product to at least 2% by 2017. He also backed plans from the Department of Science and Technology (DST) for a 50-billion-rupee (US$1-billion) supercomputing facility in Bangalore; a 13.5-billion-rupee neutrino observatory near Pudukkottai in Theni district, Tamil Nadu; and a 3.5-billion-rupee project to improve monsoon forecasting.

But on 16 March, finance minister Pranab Mukherjee’s budget dashed scientists’ hopes. The country’s economic growth has slowed over the past year, prompting a cautious budget.“Less funding for science agencies will mean fewer research grants for university scientists,” says Ajay Sood, a physicist at the Indian Institute of Science in Bangalore, and president of the Bangalore-based Indian Academy of Sciences.

Vishwa Mohan Katoch, secretary for the Department of Health Research, says that although he had requested 30 billion rupees for 2012–13, his department had been allocated only 9 billion, an 18% increase on last year. Kanikaran Satyanarayana, deputy chief of the Indian Council of Medical Research, says that as a result, plans to increase funding for virology laboratories and establish a nationwide disease-surveillance network will have to be put on hold.

“If we want to bring in quality changes we need big money,” says Katoch. “But what can the government do if they do not have resources?”

Thirumalachari Ramasami, secretary for the DST, is confident that the relative austerity of this year’s budget will not set a precedent. “I am optimistic that funding will be restored [in 2013] once the 12th five-year plan, for 2012–17, is finalized by the planning commission,” he says. That plan is expected by next month. Ramasami adds that the big DST projects outlined in Singh’s speech should not be affected by the disappointing increases.

There is ample evidence that India’s previous budgets have helped to advance science in the country, says Lingadahalli Shashidhara, a develop­mental biologist at the Indian Institute of Science Education and Research in Pune. “We have quadrupled the number of research faculty members in just ten years,” he says. “The quality of projects coming to funding agencies is going up, and India is publishing research papers in high-impact journals more frequently.”

But some researchers feel that Indian science needs reform much more than it needs extra cash. Rajesh Kochhar, a historian of science at the Indian Institute of Science Education and Research in Mohali, says that research institutions must be more strictly audited to divert funding away from poorly performing centres and give more to the most productive researchers. Increased funding cannot help to advance science “unless the weeds are ruthlessly removed so that the flowering plants can flourish”, he says.