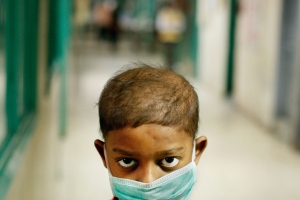 The All India Institute of Medical Sciences in New Delhi (above) came under fire in 2008 after it emerged that 49 children had died during a clinical trial there.

India’s clinical-trials system has come under intense scrutiny after a series of scandals involving alleged malpractice and patient deaths, which has sparked widespread public protests. This month, regulators released detailed proposals on how they plan to reform medical research, but some scientists fear that the rules could significantly increase costs, leaving academic researchers unable to conduct trials.

There’s no doubt that reform is needed. According to figures presented last year by health minister Ghulam Nabi Azad, some 668 people died during clinical trials in India in 2010 (see ‘India mulling stricter laws to curb unethical trials’). But for those injured or killed in trials, there is no guarrantee of compensation. Concerns have also been raised about the lack of ethical oversight of these studies, and there have also been allegations that vulnerable patients are routinely recruited to clinical trials without informed consent. “People were saying they were being used as guinea pigs,” says Nandini Kumar, former deputy director-general of the Indian Council of Medical Research, a government-supported biomedical research body in New Delhi.

“There is an urgent need to improve the clinical-trial oversight by frequent regulatory inspections of the investigators, ethics committees and sponsor companies,” says Arun Bhatt, president of Clininvent Research, a contract research organization based in Mumbai.

In November 2011, the Ministry of Health and Family Welfare set out draft plans to tighten India’s Drugs and Cosmetics Rules, hoping to restore public confidence by ensuring that compensation is paid to individuals for any injuries sustained during trials.

The country’s drug regulator, the Central Drugs Standard Control Organization (CDSCO) in New Dehli, fleshed out the proposals on 3 August, detailing how it would calculate compensation based on factors such as income, age and degree of disability resulting from the injury. At the same time, the organization unveiled plans for unannounced inspections and tougher rules for the ethics committees that approve trials, including mandatory registration of trials and increased oversight of their activities.

But J. V. Divatia, head of the Department of Anaesthesia, Critical Care & Pain at the Tata Memorial Hospital in Mumbai, points out that the proposals advocate compensation for adverse effects experienced by trial participants who receive placebos, or whose health was affected by medicines taken alongside the drugs being tested in the trial. In April, he and his colleagues argued1 that this could drastically increase costs, not least in insurance premiums, and could leave academic investigators unable to afford to run trials. If studies are conducted solely by large pharmaceutical companies, this could limit research into cheaper medicines such as generics, which often do not generate significant profits for global drug giants.

Falguni Sen, director of the Global Healthcare Innovation Management Center at Fordham University in New York city, says that the reforms should go further to restore public confidence. He suggests that the Indian government should establish special courts to deal quickly with allegations of medical misconduct, such as not fully disclosing to participants the risks involved in a clinical trial.

And in May, the Indian Parliamentary Standing Committee on Health and Family Welfare produced a scathing report on the CDSCO itself, saying that it puts the interests of the drug industry ahead of consumers (see ‘Failings exposed at India’s drug regulator’). The committee accused the CDSCO of “continued neglect of the poor and hapless patient” and said that it should recruit more staff, upgrade laboratories and offices, and issue a new mission statement to clarify that it is “solely meant for public health”. Nature was unable to speak to a CDSCO representative about the matter.

Public consultation on the compensation formula will conclude in early September. It is unclear when Indian legislators might pass amendments to the Drugs and Cosmetics Rules.