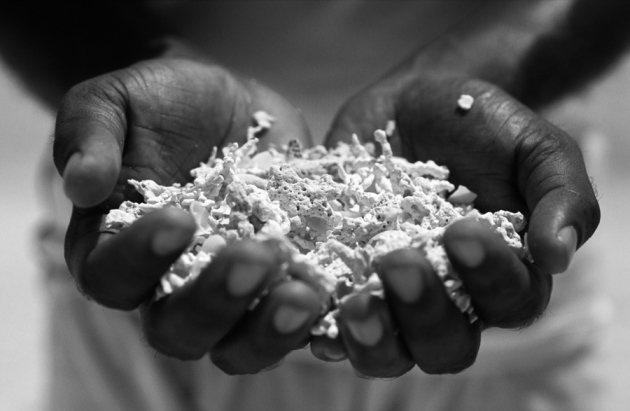 Warming oceans bleach coral and have helped to explain a claimed global-warming pause.

Climate-science denial is quick to recognize opportunity. And its action follows a predictable, two-stage pattern. Step one: invent a false narrative claiming that the mainstream scientific community expects climate change to proceed as an uninterrupted, ineluctable process. Step two: pounce on any divergence from said narrative as evidence that said understanding of climate science is flawed.

The approach, while intellectually vacuous, can have the perverse outcome of leading to real progress — and to science that might not have been done otherwise. One such case is the claimed (and now definitely ended) global-warming ‘hiatus’, more properly called ‘the most recent instance of normal climate variability’.

Some background: the El Niño weather event in 1997 and 1998 belched a great bolus of heat from the ocean into the atmosphere, a release that was entirely consistent with expectations — as was the heady spike in global mean surface temperature that followed.

From the top of the Himalayas, the rest of Earth is downhill. And, in a similar way, the 1998 peak in temperature offered an easily visualized time that climate sceptics could cherry-pick as a starting point for a ‘hiatus’, ‘pause’ or ‘slowdown’ in climate change. It’s true (of course) that the next few years saw a reduced rate of warming, or maybe even a slight cooling. And it’s also true that, soon after, some analyses showed that these observations were beginning to diverge from the suite of projections made by climate models.

A few responses emerged. First: yawn — “This is nothing more than the sort of normal variability one should expect in the climate system, and models should not be expected to predict any specific dip or peak.” Second: hysteria — “Climate scientists have no idea what controls the climate system.” Third: interesting  — “Let’s figure this out.” Happily, most of the climate-science community adopted the third option. The result was a flood of publications on the topic, and the only half-joking suggestion that Nature’s publisher should launch a new journal called Nature Hiatus.

As discussed this week in an Analysis article — and in an accompanying News & Views — much controversy surrounding the hiatus could have been avoided if researchers had used more-careful definitions and terminology. But after a full scientific shake-out, what emerges? Once proper care is taken to compare like with like, no controversy remains. The models do not disagree with the observations; no fundamental revisions to our understanding of how the climate system works are needed.

So was it all a waste of time? Not at all. Even though much of the public discourse surrounding the hiatus was misguided, disingenuous and unfair, it did help to spur some major advances.

An explosion of ocean observations from the Argo float network, for example, solidified understanding that it is the heat content of the entire system, not just air temperature, that matters to measurements of global change. And, post-1998, global heat content kept going up. Whereas the atmosphere seemed to take it easy, the oceans continued to gorge on heat, driven by variations in wind systems. And the seemingly prosaic task of estimating global mean surface temperature from sparse and irregularly spaced observations was shown, in fact, to be as complicated as making great sourdough bread.

In the end, the hiatus controversy led to reinvigorated explorations of many mossy crevasses of climate science. This is not a bad thing, and might not have happened without the public (and political) firestorm. The next time something looks odd in climate science — as it surely will — researchers should once again denounce the inevitable and risible attacks for what they are, while welcoming the opportunity to question their own assumptions, sharpen data sets and revisit collective understanding of the underlying processes.