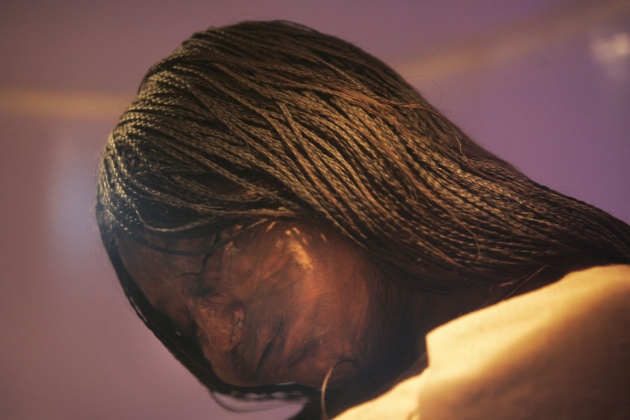 The hair of the 13-year old Incan girl known as 'the Maiden' revealed signs of the coca and alcohol she was given in the months leading up to her ritual sacrifice. The girl's frozen mummy was found buried in a sitting position near the summit of a volcano in present-day Argentina.

The hair of three Incan mummies bears evidence that one of them used large amounts of coca and alcohol in the year before she died, which may have been fed to her as part of a ritual that led to her death.

The children, who were found in 1999 near the summit of the Llullaillaco volcano in Argentina, probably died about 500 years ago in a sacrificial ritual known as capacocha. In the study, published today in Proceedings of the National Academy of Sciences1, researchers led by archaeologist Timothy Taylor of the University of Bradford, UK, used mass spectrometry to analyse variations in levels of chemical residues in the children’s hair in the months before their deaths.

The researchers looked for by-products of the metabolization of coca and alcohol — both important in Andean culture and ritual — and found that all three children ingested both substances in the year before they died. But the eldest — a 13-year-old girl known as the Maiden — took much more of both substances than the younger children. The pattern of consumption suggests that a series of rituals preparing her for her fate began about a year before she was left to die on top of the 6,739-metre-high Llullaillaco.

The levels of metabolites in her hair, for instance, increased about a year before her death and then shot up to very high levels about a month and a half before she died — her hair recorded the highest level of coca ever found in Andean archaeological remains, says John Verano, a biological anthropologist at Tulane University in New Orleans, Louisiana.

“In the final stages of her life, we see a use of alcohol far beyond any exposure which she’d been used to, and a concurrent use of alcohol and coca that was very likely a means of sedating her,” says Andrew Wilson, a forensic scientist and archaeologist at the University of Bradford, and a co-author of the paper published today. 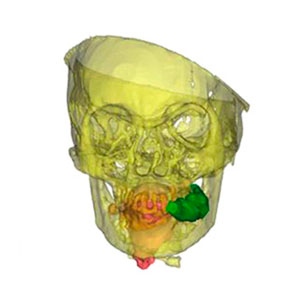 CT scans show a large coca quid that the Maiden may have been chewing up until the moment she died, probably of exposure.

The results are consistent with a previous study in which Taylor, Wilson and their colleagues showed2 that the Maiden’s diet probably changed to include more high-status foods — such as meat and maize — about a year before her death, suggesting that being singled out for sacrifice granted her an elevated social standing. In contrast, the two younger children found with her had less well-kept hair and were buried with artifacts that suggested that they did not attain the same high standing that she did.

Together, these findings indicate that the Maiden may have been an aclla, a girl trained in weaving and brewing chicha — a maize beer — who might become a priestess or the wife of a politically important man. Acllas could also be marked for sacrifice, and this appears to have been the Maiden's fate. She may have been chosen for sacrifice around the time of her puberty and then led through a series of rituals during a months-long journey from the Incan capital of Cuzco to her final resting place.

Other researchers say that although it was already known that these and other capacocha victims chewed coca leaves, Taylor and Wilson's study combines forensic techniques with archaeological knowledge to develop a complete picture of the children's activities leading up to their final sacrifices.

By analysing a series of segments of hair rather than conducting a bulk analysis of it, the authors were able to “determine month-to-month consumption of these substances right up until the time of death”, Verano says.

He adds that the findings also reflect the importance of having scientific access to ancient human remains, a matter which has been controversial with some indigenous populations.

“It’s very important to allow scientific study of these remains, because techniques change every year, and this type of study couldn’t even have been done a couple of years ago,” says Verano.