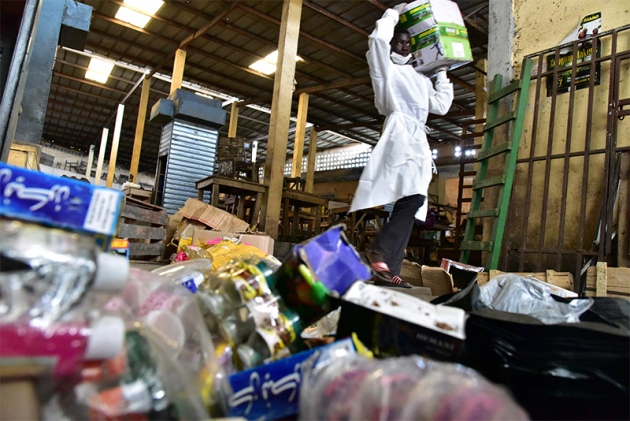 Fake medicines are removed from a shop during a police raid of a market in Côte d'Ivoire.

One in ten medicines in developing countries is fake or substandard, data from the World Health Organization (WHO) suggest.

Malaria drugs and antibiotics are among the most commonly reported, the agency found. But the problem extends to a variety of medications, including those for cancer, heart disease and HIV, as well as contraceptives and painkillers (see 'Fake drugs').

The latest figures come from a pair of reports1, 2 released by the WHO on 28 November — the agency’s first on fake medicines in about a decade. The findings focus on fraudulent and poor-quality medications in low- and middle-income countries: of 1,500 cases reported to the agency in the past four years, 42% were from Africa, 21% from the Americas and 21% from Europe.

Data on the issue had until now been scant, because there was no mechanism to track the problem. The WHO set up a global system to report inferior medicines in 2013, tracking drugs that are deliberately fraudulent, fail to meet quality standards, or which have not been evaluated or authorized for market. These medications are often referred as counterfeit drugs, but the agency stopped using the term in May to shift the focus from intellectual-property issues to public health.

The cases captured so far are probably just the tip of the iceberg, the WHO says, because many more go unreported. So far, the agency has trained 550 people in 141 countries to track these drugs. “The more one looks, the more one finds,” it says. 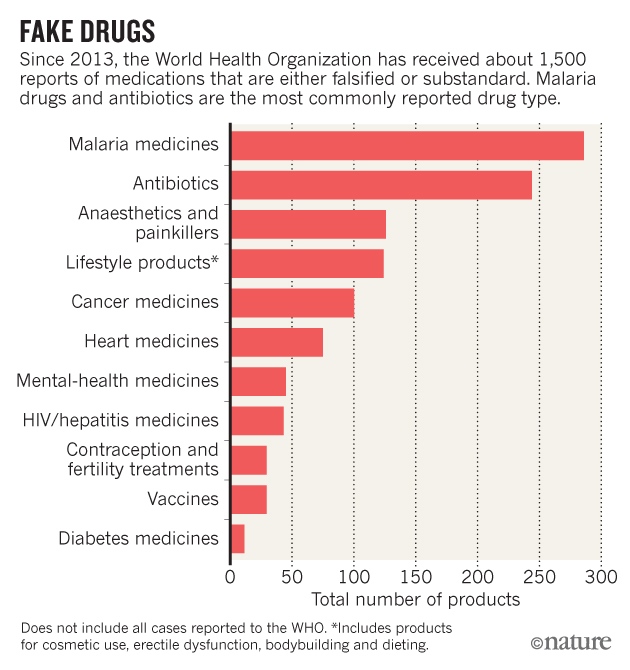 The studies estimate that roughly 10% of medicines in circulation in poorer countries — where technical capacity to enforce quality standards is often limited — are substandard or falsified. Cases aren’t limited to expensive or well-known medications, and are split about equally between generic and patented drugs. One analysis in the reports estimates that up to 169,000 children could be dying each year from pneumonia because of inferior antibiotics.

The findings underestimate the scourge of fake drugs, says Marc Gentilini, a member of the French Academy of Medicine who studies the issue. But crucially, he adds, there is not yet a plan in sight to tackle the problem.