TREND WATCH: The area planted with genetically modified crops globally declined for the first time in 2015.

The 1% decline — the first in the technology’s 20-year global commercial history — was primarily due to an overall decrease in both GM and non-GM crops caused by low commodity prices, says the International Service for the Acquisition of Agri-Biotech Applications (ISAAA), a non-profit biotech industry group that tracks GM crops. 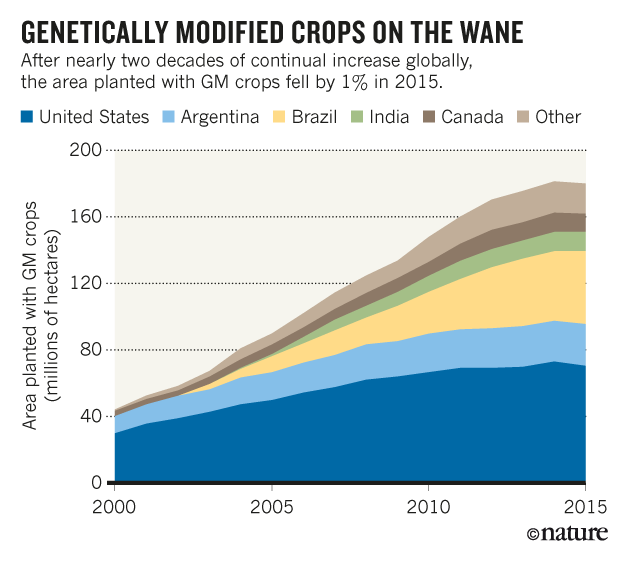 But the ISAAA also said in its 13 April report that major biotech markets such as the United States — which is the largest grower of genetically modified crops — are approaching saturation, with little potential for future expansion.

The ISAAA says there is still room for growth in other countries: it estimates that there is the potential to add 100 million hectares globally, 60 million of them in Asia. The pipeline of GM crops is also growing, according to ISAAA, which says that 85 potential new products are being field-tested. More GM crop types are anticipated because gene-editing methods, including the very popular CRISPR-Cas9 are increasingly being used to engineer crops with new traits. 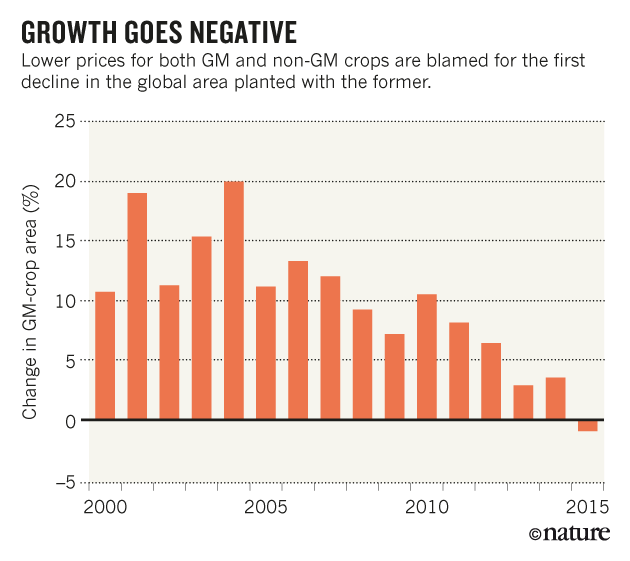