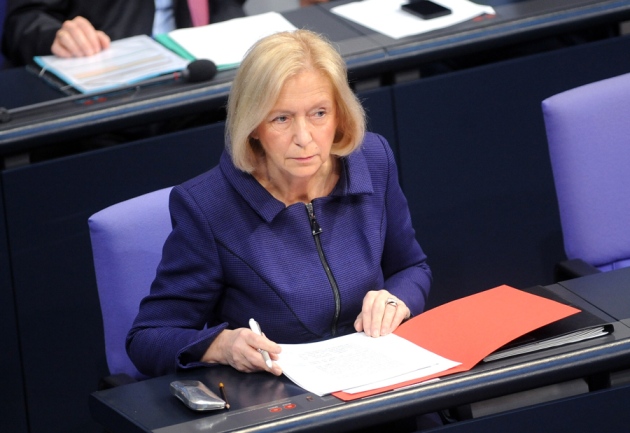 Germany's research and education minister Johanna Wanka has said that continuing the country's Excellence Initiative is a top priority.

Germany’s ruling political parties have agreed to plough €5 billion (US$5.4 billion) more into science from 2018 to 2028. The deal, announced on 16 April, is not a government commitment, but it is a strong indication that the country will continue its healthy support for scientific research.

“This agreement proves that world-class science and excellent young researchers are top political priorities in Germany,” says Wolfgang Herrmann, president of the Technical University of Munich. “It will strengthen the competitiveness of German science in Europe and throughout the world.”

The cash will be used mostly for a decade-long extension to the Excellence Initiative, a competitive fund that had been due to expire in 2017 but will now dole out €400 million a year to top-performing universities until 2028. Another €100 million per year will be used to improve career opportunities for young scientists. The pledges were detailed in a joint position paper released by the Christian Democrat and Social Democrat coalition partners in Germany’s federal parliament.

The Excellence Initiative, launched in 2006, has produced hundreds of high-profile research collaborations and graduate schools at dozens of universities throughout German, and added some 20,000 science jobs. The 11 most successful institutions — including universities in Munich, Berlin, Göttingen, Aachen and Cologne — are now commonly referred to as Germany’s elite universities.

Last year, the government promised to extend the scheme past 2017, amid concerns that postdocs would lose their jobs and research centres would be disbanded if it came to an end. But it has not decreed how much cash will be involved. The parliamentary agreement is a “first step towards firming up the government commitment”, says Peter Strohschneider, president of the DFG, Germany’s main grant funder.

Details on how the €5 billion would be spent are to be announced in January after the initiative has been reviewed by experts. It would come on top of an €25-billion six-year package agreed last autumn to support high-tech programmes, such as in energy research, and to enable universities to cope with growing student numbers. Germany’s federal science spending has increased by more than 60% since 2005, to €14.4 billion in 2013.

Despite their comparatively rosy funding situation, young scientists in Germany are increasingly concerned about a lack of permanent positions. Germany’s federal research and education minister, Johanna Wanka, plans to revise a law that limits to 12 years the time that scientists can be employed on fixed-term contracts before they must either be hired permanently or leave academic research altogether. Wanka is encouraging universities to create tenure-track programmes to give young scientists more career security.