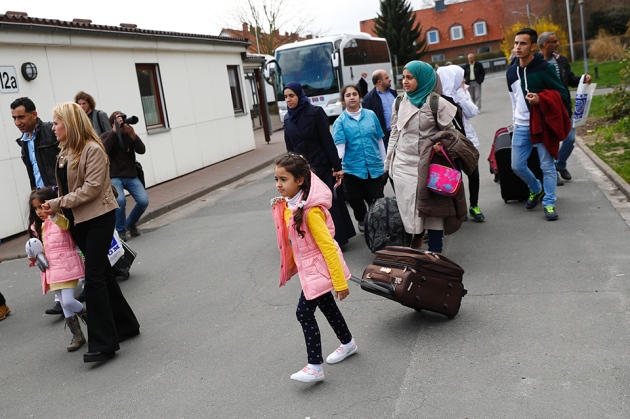 The question of how environment influences mental disorders such as psychosis has absorbed Andreas Meyer-Lindenberg for years. Now, the psychiatrist, who heads the Central Institute of Mental Health in Mannheim, Germany, has applied for funding to include refugees in his studies. He explains what he expects to learn, and how those insights might one day help refugees.

Why do you want to do this study?

It is an opportunity to extend our previous studies on how prolonged stress can affect long-term mental health. Germany has accepted 1.1 million refugees during the current crisis. Thousands of them have been temporally housed in ex-US army barracks close to my institute. They are often highly stressed. People in the local community are also affected by their arrival, so we plan to enrol them in the study, too.

What is known about the relationship between migration, stress and psychiatric disease?

Of course refugees are vulnerable to conditions such as depression and post-traumatic stress disorder. But there is a well-established literature indicating that migration in general can also precipitate forms of psychosis, like schizophrenia, in a subgroup of vulnerable people1. We think there is an association with how the brain processes stress, particularly social stress.

What is the experiment that you are proposing?

The point would be to discover whether refugees experience their environment differently from the general population, in a way that puts them at higher risk of developing a psychiatric disorder. It builds on earlier studies we have done with volunteers who live either in the countryside or the city2. 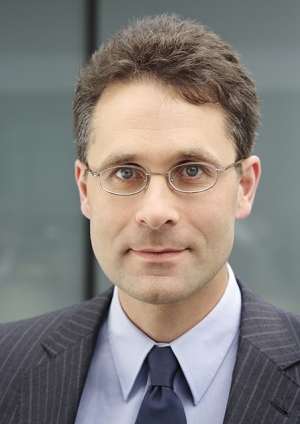 What did that earlier experiment involve?

Putting people into a stressful situation in a brain scanner. Participants performed arithmetic tests and an experimenter told them that they were performing below average and generally made them feel they were not doing well. We found that specific brain structures in people from the city and the countryside responded differently to this ‘social stress’2.

How do you propose working with the refugees?

We plan to recruit up to 400 participants, half from the refugee community and half from the local community. We will carry out extensive interviews with clinical experts to assess the psychological state of our volunteers and to document other data — from their age and place of birth to things like the ethnicities of the people in the surrounding area. We will do the brain-scanning experiment on them. But first we will give them smartphones loaded with special software that tracks their movements very precisely and sends them messages when they reach particular locations.

What is the idea behind the phones?

This part of the experiment is based on a technique called ecological momentary assessment (EMA), which psychiatrists are testing as a potential tool to measure how subjects feel during real-life situations. The phone would be programmed to send the volunteers about ten questions a day about their emotional or psychological state when, for example, they reach a green space (hypothesized to be non-stressful), or a noisy road junction (hypothesized to be stressful). The participants will respond by dragging a bar across a scale of emotion like the volume bar. The phone will also send questions like: “have you seen anything suspicious?”. We know from studies with settled migrants that those most at risk have a tendency to be suspicious of their environment3. After a week, the volunteers will return the smartphone and have a brain scan.

What would all this tell you?

From the earlier brain-scan study, we know that there is circuitry that is activated during social stress that will indicate how responsive or resilient individual participants are to processing this type of stress. Abnormal social-stress processing is a mechanism and risk factor for mental illness. We hope to see patterns in the mass of personal, clinical and EMA data that correlate with the altered brain processing during social stress that we might see in the scanner.

Would the study help refugees?

We hope we can develop an early-recognition programme to identify people who are most at risk of developing psychosis and who would most benefit from intervention — without having to put them in a scanner.

But in the first instance, we are trying to define which environmental factors contribute to the risk of psychosis or resilience to stress. The refugees study is part of a larger programme. If our results overall indicate that exposure to discrimination or overt racism turns out to be a risk factor, there may be no easy way to mitigate it. However, if housing people within their own ethnic community or putting them out alone into the general community makes a difference to the risk, policy decisions could more easily address this.

Are there any ethical issues?

There are significant concerns about privacy of the data — so we must ensure that no one can access data if a phone is lost. Informed consent has to be gained in the refugees’ language. Nothing very specific to refugees, but the bar is even higher than usual because this population is so vulnerable.

Some of the recent violent attacks in Europe were carried out by people who have histories of psychiatric problems. Is your research relevant to understanding or mitigating such attacks?

Our research on the effects of social stress helps us understand better how refugees and migrants react to their environment and why they are at risk for mental illness, and we hope that this will also provide clues on how to prevent psychiatric disorders or treat them early.