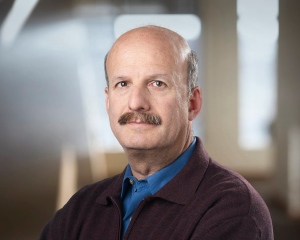 The foundation and its partners have since set up a variety of other challenge programmes, including three announced on 7 October. Steven Buchsbaum, deputy director of discovery and translational sciences for the Gates Foundation, talked to Nature about the lessons learnt from ten years of Challenges. This interview has been condensed and edited for clarity.

What has Grand Challenges achieved over the past decade?

We have funded a small number of projects that we believe have the potential to be transformative and that are being accelerated into field trials. And we are seeing a transformation in the landscape of funders: they are now looking at using challenge-like mechanisms aimed not at backing basic research, but at calling on researchers to solve problems in global health and development.

How successful has the programme been in solving specific problems?

We went back to the original 45 projects funded in 2005 and measured return on investment — have any of the projects really transitioned into development? We found that for about 20% of the projects, we or other someone else was accelerating their development for global health.

One example is the Eliminate Dengue project. It’s asking how one vaccinates mosquitoes so they can no longer transmit dengue, and that is in field trials now in many countries with promising results. Has that achieved our ultimate goal of a life saved? Not yet, but we can see that on the horizon.

Is there an example of a project that has not met its goals?

Ralph Steinman’s project [on engineering immune cells], for which he won the Nobel Prize, was fabulously scientifically successful. But we can’t draw a specific line yet from the work he did to a specific intervention that is on a development path for global health today.

How do you think your success rate compares with that of other funders?

People in the venture-capital world say a success rate of one in ten is good, so if we are at one in five, we feel pretty good about that.

What lessons have you learnt, and how have they informed the programme as it has evolved?

One of our original challenge projects focused on reformulating vaccines — for instance, as needle-free products. There was a lot of great work done there, but not a lot of products came out. The lesson we drew from that is that if you’re going to be working on a pharmaceutical product you need to have a translational partner involved with the project early.

How are you addressing that issue?

One of the Challenges that we are launching today, 'Creating New Interventions for Global Health', is looking for new concepts for vaccines, drugs and diagnostics in our strategic themes. For the more generous awards, you will need to have a translational partner at the beginning.

What other changes are you making?

We’re issuing a new Challenge area, 'All Children Thriving', that is asking what packages of interventions for child survival and thriving are needed. There’s a recognition that there’s an incredible social and cultural component to this work. So with these awards, we’re going to require that the projects be led by investigators from low- and middle-income countries. We’ll also be doing that with grants in our third new challenge area, 'Putting Women and Girls in the Center of Development'.