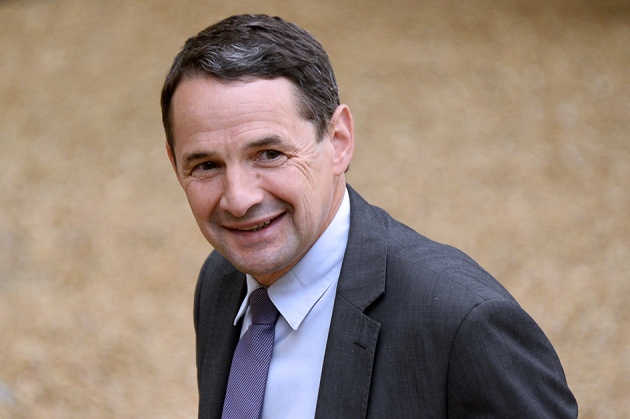 Thierry Mandon has been named French minister of state for higher education and research.

French scientists and academics have welcomed the announcement today (17 June) of their new minister of state for higher education and research, Thierry Mandon. He replaces Geneviève Fioraso, who stepped down in March for health reasons, leaving France without anyone heading the research brief for three months. (The title 'minister of state' signifies in the French system that the post is not a full ministerial position; it was last year subsumed within the education ministry).

“The appointment is good news,” says Patrick Lemaire, a biologist at the University of Montpellier and president of the researcher-led campaign group Sciences en Marche (Science in Motion). “Although Mandon is not a scientist, he has some political weight and knows the subject.”

Mandon is a seasoned politician who moves from a ministerial post covering the streamlining of state bureaucracy, which he took up in 2014. He was elected to the National Assembly — France’s lower house of parliament — in 1988 and in 2012. From 1998 to 2014 he served as president of Genopole, a cluster of biotechnology and genetics companies and academic research labs in Evry, south of Paris.

“The main question is whether he will have a strong desire to fight for a decent 2016 budget,” says Lemaire. Mandon knows his way around the brief, having in 2013 been given the task of reporting on the progress of that year's research and higher education budget to France’s parliament. As part of that role, he also seemed receptive to researchers’ criticisms of a 2013 bill that aimed to reform higher education and research, says Lemaire.

“Mandon will have a lot of work to do,” says Bernard Meunier, a chemist who is president of the French Academy of Sciences. Basic-research funding has been largely stripped from the French National Research Agency (ANR), he says, and researchers are spending more time than ever filling in forms to try to raise cash, despite the government’s promise to simplify bureaucracy.

The funding situation has “seriously deteriorated” since January 2014, when the Academy issued its strongest distress signal in decades, Meunier adds. “Some scientists are giving up and leaving the country or turning to other professions.” Last year, Sciences en Marche set off on a three-week protest march to Paris in defence of scientific research.

Lemaire is also gloomy about funding. He notes that university budgets have been cut despite an increase in student numbers; there has been a delay in creating a promised new research-evaluation agency; and patent filings are stagnating. “The government has failed to foster strong links between public and private sector research,” he says.

However, education minister Najat Vallaud-Belkacem says that the current government is unlikely to change its mind about subsuming the higher education and research ministry into the education ministry. “It is a good thing to have one big ministry,” she told the Anglo-American Press Association of Paris on 1 June, because it links secondary schools and higher education. Vallaud-Belkacem also denied that higher education and research had been neglected during the three-month gap, saying that it was better for French President François Hollande to find the right person than to hasten an appointment.