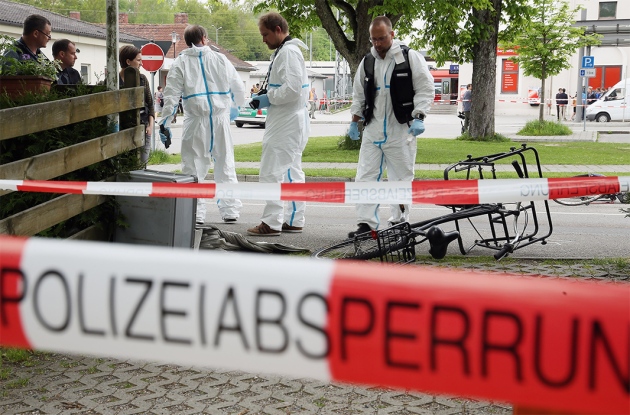 Behind closed doors this week, the German federal justice ministry has been discussing whether to hand police a powerful new tool involving the analysis of DNA samples. The debate is a direct consequence of the rape and murder of a medical student in Freiburg last October.

Two months later the crime became a cause célèbre: the police arrested and charged a young refugee from Afghanistan — and public fears over the million or so refugees who have arrived in Germany in the past few years erupted. Among the political responses, Freiburg’s home state of Baden-Württemberg proposed new legislation to the federal parliament to extend the ways in which police can use genetic analysis.

Wider use of genetic analysis is something that German police and forensic scientists have long wanted. Yet it is unfortunate that in a country with some 1,600 murders every year, it had to be one involving a refugee that finally sparked the proposal. And it would be more unfortunate if the political pressure to push legislation through did not allow the time needed to create a law that is fit for purpose. The rushed proposal is certainly not.

There are two reasons that police use DNA analysis. One is to determine whether a forensic sample matches one on file. The other is to learn more about the characteristics of an unknown perpetrator. For data-protection reasons, in most countries police databases are not allowed to store information about actual genes, but only information about DNA regions that do not code for genes. This is sufficient to allow police to match samples — a process known as genetic fingerprinting.

To learn more about what an unknown perpetrator might look like — or might not look like — requires analysis of gene-coding regions. Because crime-scene samples are not placed in databases, most countries do not regulate what can be done with them. Germany — sensitized to anything genetic by its Third Reich history of eugenics and by a cultural aversion to interfering with nature — is alone in explicitly banning the use of DNA-coding regions in criminal casework.

German police may check a sample for sex (the presence of a Y chromosome indicating male) but for little more. The proposed change to the law would allow gene-coding regions to be analysed to check for hair, skin and eye colour, and biological age. Bavaria is pushing for inclusion of biogeographical origin.

These are all analyses that have been forensically validated and that police in other countries can use in their investigations. Yet if Germany wants to continue to regulate this work, and wishes to make it useful to law enforcers, it should take great care in how it words the law. At present, for example, in naming specific traits that could be tested for, the proposal excludes other, more useful, tests that may be validated in future.

As forensic scientists know, the glamorous new genetic tools are not as straightforward as television shows such as CSI — or, in Germany, Tatort — make them out to be. Finding genes for blue or brown eyes is reliable — around 95–98% predictive — but for hazel eyes, much less so. The continent from which a person originates can be predicted with 99.9% certainty, but the probability of determining the country roots of a person is low, whatever commercial DNA companies claim. It isn’t even possible to say with any certainty whether an individual originates in Western or Eastern Europe.

And whatever CSIor Tatortwould have us believe, police don’t use these techniques as often as one might think, because they have to balance their cost against their predictive value. In general, they use them as a last resort, after they have worked their way through conventional investigative methods.

Nevertheless, as technologies continue to improve and their costs fall, the methods are going to be ever more valuable to forensics. Some scientists in Germany have expressed concern that allowing such techniques, whose scientific status often masks their probabilistic nature in the eyes of the public, risks unleashing discrimination against minorities. It will certainly be important for police to work very closely with their forensic scientists, to discuss in detail what information can be realistically squeezed out of crime-scene samples, which are often rather small, and what the investigators will be able to conclude from a particular analysis.

Ironically, given the public and political landscape in Germany that surrounds the discussions of these genetic tests, experience has shown that they can also quell prejudice.

The law in the Netherlands was changed in 2003 to allow forensic DNA samples to be analysed for biogeographical origin as well as for physical characteristics such as colouring. This was because of a 1999 rape and murder for which suspicion had fallen on a local home for asylum seekers. To restore public order, a court had ordered the forensic sample to be tested — it showed that the attacker was of north European origin, not from the Middle East as most of the refugees were. The murderer was eventually found to be a local farmer.