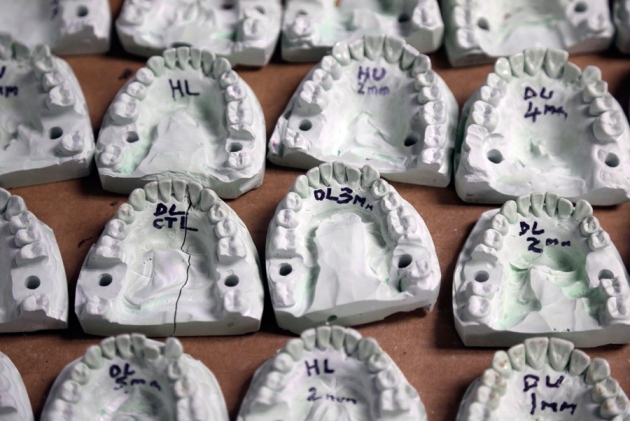 There is little evidence that bite marks on a crime victim’s skin allow reliable identification of the perpetrator.

For 19 years, Gerard Richardson sat in prison in New Jersey wondering how forensics experts had got his case so wrong. His conviction for a 1994 murder was based on a bite mark on the victim’s body that seemed to match his own teeth; it was the main physical evidence linking him to the crime. Last year, he was exonerated when DNA taken from the same bite mark turned out not to be his. According to the Innocence Project in New York, which tracks wrongful convictions, more than half of DNA exonerations involve faulty forensic evidence from crime labs and unreliable methods such as bite-mark analysis.

Cases such as Richardson’s are one reason why the US Department of Justice and the National Institute of Standards and Technology (NIST) have now created the first US national commission on forensic science. The panel of 37 scientists, lawyers, forensics practitioners and law-enforcement officials met for the first time this week in Washington DC, and aims to advise on government policies such as training and certification standards. In March, NIST will begin to set up a parallel panel, a forensic-science standards board that will set specific standards for the methods used in crime labs.

For many scientists, this hard look at forensic science comes none too soon. “The broad objective is to put the science into forensic science so it can legitimately have the name,” says commission member Stephen Fienberg, a statistician at Carnegie Mellon University in Pittsburgh, Pennsylvania. In 2009, the National Research Council (NRC) released a damning report criticizing US forensics practices. According to the report, nearly every analytical technique, from hair-sampling methods to those used in arson investigation, is unreliable, with too much variability in test results. Only DNA evidence escaped condemnation.

In addition, the NRC was concerned about forensics lab training. In 2009, only 60% of publicly funded crime labs employed a certified examiner. And the report called for standards to ensure that all labs evaluate evidence in the same way. Very often, it said, two labs analysing evidence from a crime scene will come up with different results using the same method.

The NRC offered a list of fixes, including the creation of a government agency with regulatory power and a research budget. Much like the NRC, the commission is only an advisory body that will offer expert opinions. But by having the ear of the US Attorney General, who can order changes in federal-agency practices, the national commission could be influential, says John Butler, a forensic geneticist at NIST and the commission’s vice-chair. The commission will meet and produce recommendations until April 2015, although Butler says that its remit may be extended.

The two panels’ recommendations will not directly affect practices in state and local labs, which handle more than 90% of forensics needs. But their visibility could cause recommended standards to trickle down. If that does not work, the federal government could withhold grants to labs that do not conform to new standards, or limit access to federal DNA databases.

Even in DNA collection, there are discrepancies between standard practices in federal, state and individual labs. The FBI, for instance, records 13 specific base-pair locations, or loci, from DNA samples in its national database, to ensure that false matches do not occur. But in 2008, the San Francisco Police Department in California used a 30-year-old, low-quality DNA sample from a murder case to convict a 70-year-old man who was listed in its state database — even though only five loci were matched. In a database the size of California’s, matching based on these five loci would identify an innocent person one-third of the time.

Even good standards and best practices do not mean that a technique is solid, says Fienberg. Trained polygraph operators, for instance, can obtain consistent test results, but whether the machines accurately detect lies is highly uncertain. Many law-enforcement agencies still use the technique, even though a 2003 NRC report found it to be unreliable.

“The fundamental issues with forensic science can be solved by fixing the science,” says Suzanne Bell, a forensic chemist at West Virginia University in Morgantown. Bell says that the field needs more research funding. In 2012, the National Institute of Justice funded just US$5 million in basic forensic-science research.

The value of certain techniques is often overstated in court cases, says Simon Cole, who studies the history of science in the criminal justice system at the University of California, Irvine. Finger­print comparison, for instance, is often presented as an exact science, but researchers have only recently begun to study just how well people can do the matching. A 2011 study found that professional examiners matched two finger­prints incorrectly once in every 1,000 times, and missed a correct match 7.5% of the time (B. T. Ulery et al. Proc. Natl Acad. Sci. USA 108, 7733–7738; 2011). Cole would like the standards board to define a ‘match’ precisely, and to assess the extent to which different methods yield different results.

The standards board could also question how widely some of the more dubious techniques should be used. Mary Bush, a forensic dentist at the State University of New York in Buffalo, says that there is little evidence that bite marks left in skin can reliably identify perpetrators. In her lab, moulds of different sets of teeth were clamped into the skin of cadavers. Digital images of the marks were then analysed. Often, the marks could not be used to identify the teeth responsible.

Gregory Golden, president of the American Board of Forensic Odontology, argues that the method is useful for eliminating suspects or determining whether a bite mark is human.

According to the Innocence Project, however, at least 15 people whose convictions involved bite marks and who served time in prison have been exonerated through DNA evidence since 1993. That alone suggests that the method should be investigated, says Bush. “We’re fighting 30 years of precedent.”