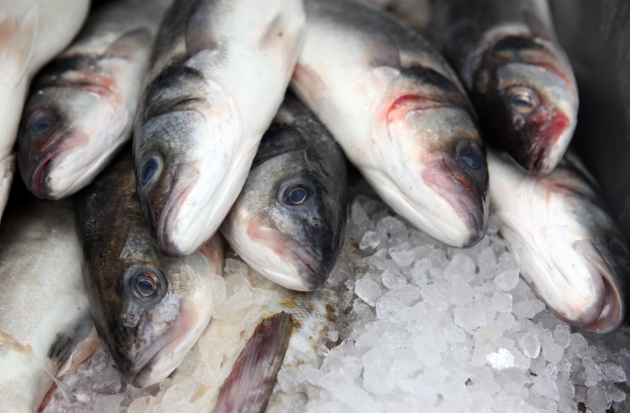 Critics say fisheries including some of sea bass (pictured) should not have been declared sustainable, but the organisation that issued the 'green' seals defends its actions.

A huge and sometimes controversial global project to label certain fish as ‘sustainable’ has produced the first comprehensive assessment of the impact of its own work1. The Marine Stewardship Council (MSC) — which has been praised by some scientists and damned by others — says that it has identified nearly 400 separate improvements in fisheries that have received its stamp of approval, which brings consumer cachet and higher prices.

However, critics say that the in-house report does not address many of their concerns about the MSC, which they say can potentially mislead consumers by certifying fish stocks that are not harvested sustainably or should not be fished at all.

David Agnew, an environmental scientist and standards director at the MSC, which is based in London, rejects those criticisms. He says that the report shows improvements in multiple fisheries as a result of the certification programme. “The thing that is really startling is practically every fishery that is entering the programme is making improvements that can be tracked,” he told Nature.

Agnew notes that MSC-certified fisheries have taken actions to reduce the impact of their activities, such as changing the size of mesh on their nets to reduce by-catch or setting up protected areas to safeguard wildlife. He also points to the suspension of certification for mackerel and herring fisheries that had not been keeping to the standards set. “We have some teeth and they are being used,” he says.

But some critics of the MSC are not impressed.

“My first question is, where is the science?” says Jennifer Jacquet, an environmental-studies researcher at New York University who has been critical of the MSC in the past (including in Nature). The report looks at the MSC's scoring of the fisheries. And the scoring system, says Jacquet, is both subjective and loosely interpreted in a way that favours granting new fisheries ‘sustainable’ status. She says she would have preferred to see more data on the biomass of the stocks and the rates at which they are being harvested to prove that they are sustainable.

The report also attempts to deal with suggestions that some fish sold with the MSC logo is not what it purports to be. A previous study found that some MSC-certified Chilean sea bass (Dissostichus eleginoides) was not from sustainable stocks or was not the species its label claimed2. However, the MSC’s report says that of 381 samples collected and subject to DNA testing in 2012, only two or three were likely to be mislabelled.

Peter Marko, a population biologist at the University of Hawaii at Manoa and a co-author of the earlier sea-bass study, says that there is not enough detail in the MSC’s report to evaluate the significance of its results.

Agnew remains sanguine in the face of critics. “For those people who wish to still criticize the MSC, [the report] will provide further ammunition with which they will criticize us,” he admits. “The object of the report is to provide objective data on which people will make up their own minds.”

He also cites independent research from scientists at the Monterey Bay Aquarium in California3 and other sources that have broadly endorsed the MSC certification process.

“We would seek to encourage everyone else to look at us independently as well,” says Agnew.