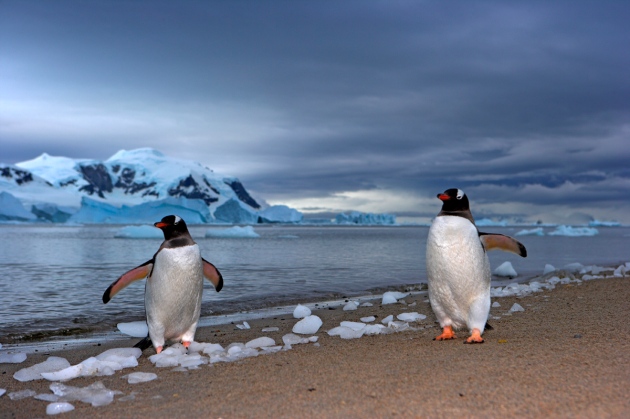 Antarctic conservation has been dealt a blow by the failure of negotiations on marine reserves.

Proposals to protect thousands of square kilometres of pristine Antarctic waters have been knocked back, dealing a major blow to conservation plans.

Meeting this week in Hobart, Australia, the 25 members of the Commission for the Conservation of Antarctic Marine Living Resources (CCAMLR, pronounced ‘cam-lar') did not reach the necessary consensus on plans for three huge marine protected areas in the waters around Antarctica. The reserves would have established fishing bans and set aside regions as reference areas for scientists studying the impact of climate change on fragile polar ecosystems (see 'Antarctic seas in the balance').

Steve Campbell, campaign director of the Antarctic Ocean Alliance, a coalition of conservation groups, says that those pushing for the protection were “deeply disappointed”.

“CCAMLR has missed the opportunity to create these extremely large and important marine protected areas,” he says. “The credibility of CCAMLR is at risk.”

The commission generally has a good reputation among researchers for its approach to conservation and resource management in the seas around Antarctica. Before this year’s annual meeting, which finished on 1 November, a number of observers suggested that moving forward on already agreed goals to create marine reserves around Antarctica would be a crucial test for the commission.

But the CCAMLR meeting closed without the required unanimous agreement to establish any of the proposed reserves. The commission’s scientific advisers had previously approved all of the proposals, but all were then sunk by disagreements such as the size of the areas and how long they would remain in place. 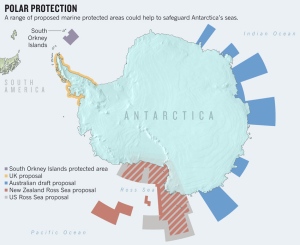 In a rare move, the commission has agreed to only its second-ever ‘intercessional meeting’, which will take place in July in Germany, says Campbell. This will provide another opportunity to discuss the marine reserve proposals, which would otherwise be on hold until the next annual meeting.

Alex Rogers, a conservation biologist at the University of Oxford, UK, says that although he was “very, very disappointed” by the commission's failure to approve the protected areas, he was not surprised. Rogers says that the debates at CCAMLR are indicative of a wider “global dichotomy” about how states approach ocean resources, with some nations taking a conservation-and-management approach and others more focused on the potential for exploitation.

That the July meeting was agreed to is a positive sign, says Rogers. But he warns that “time really is running out on these issues. If we don’t get protection in place now, exploitation of these systems will increase. Even a delay is quite a serious issue.”

CCAMLR was considering proposals to establish marine reserves in three different areas: around the Ross Sea, around Eastern Antarctica and in areas exposed by collapsed ice sheets near the Antarctic Peninsula (see 'Polar protection'). The Ross Sea area is particularly contentious because of increased fishing in the region. Rival proposals from New Zealand and the United States for slightly different reserves were combined earlier at the meeting, raising hopes that agreement would be forthcoming (see 'US and New Zealand set aside differences to push for Antarctic protection').

The commission previously established a large protected area around the South Orkney Islands, and Campbell says that there is still hope that the next three proposals can be pushed through in July. At present, he says, “CCAMLR is the only institution that can do this.”