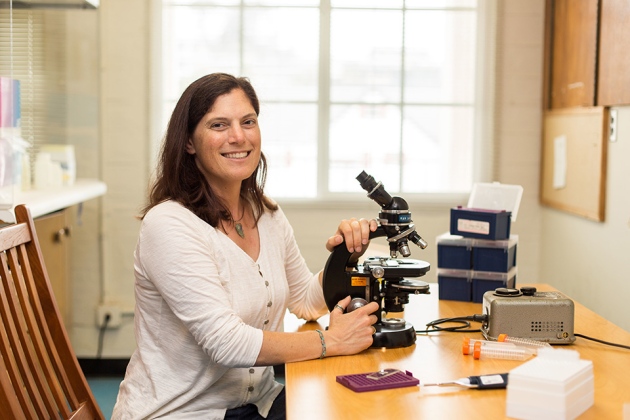 Victoria Orphan, a geobiologist and explorer of marine life on the sea floor, is one of eight scientists to win a ‘genius grant’ this year from the philanthropic MacArthur Foundation in Chicago, Illinois.

The awards, announced on 22 September, consist of US$625,000 grants paid out over 5 years. Creative and inspiring individuals in any field are eligible for the award, and there are no restrictions on how winners spend the money.

Orphan, at the California Institute of Technology in Pasadena, investigates how microbes survive in extreme environments such as deep-sea vents, which could mimic conditions capable of supporting life on other planets. Earth’s deep-sea microbes consume the methane that seeps out of sea-floor vents, and thereby reduce the amount of this potent greenhouse gas in the oceans.

Other science-related winners of this year’s awards are listed below.

Manu Prakash, a physical biologist and inventor at Stanford University in California, works to democratize and promote science and medicine in developing countries. Prakash, 36, who emigrated from Rampur, India, promotes what he calls ‘frugal science’, designing high-tech yet inexpensive science tools such as the Foldscope, a microscope made almost entirely from paper.

Rebecca Richards-Kortum, a bioengineer at Rice University in Houston, Texas, develops simple and inexpensive diagnostic technologies for use in the developing world — such as a microendoscope for treating cervical cancer. She also trains others to develop such tools.

Dianne Newman, a microbiologist at the California Institute of Technology, studies how bacteria and other microbes evolved billions of years ago, when Earth’s atmosphere held little or no oxygen. Her research could help researchers to develop treatments that kill harmful bacteria in the lungs of people with cystic fibrosis.

Daryl Baldwin, a linguist at the Miami University of Ohio in Oxford, works to preserve the culture and language of the Miami (Myaamia) nation. The Native American group once made their home in the midwestern United States, but fell into decline after the US government forcibly removed them to other parts of the country in the nineteenth century. Baldwin strives to revive their Algonquian language, and is constructing an online dictionary.

Subhash Khot, a theoretical computer scientist at New York University, seeks to understand the limits of computation. He is known for his contribution to the ‘unique-games conjecture’, in which he suggested that some problems are so complex that even approximate solutions cannot be found.

Bill Thies, a computer scientist at Microsoft Research India in Bangalore, designs communication and digital technologies to improve the health, social and economic well-being of low-income communities in rural India. He has developed a mobile tool for collecting data on childhood malnutrition and a biometric system for delivering tuberculosis medication.