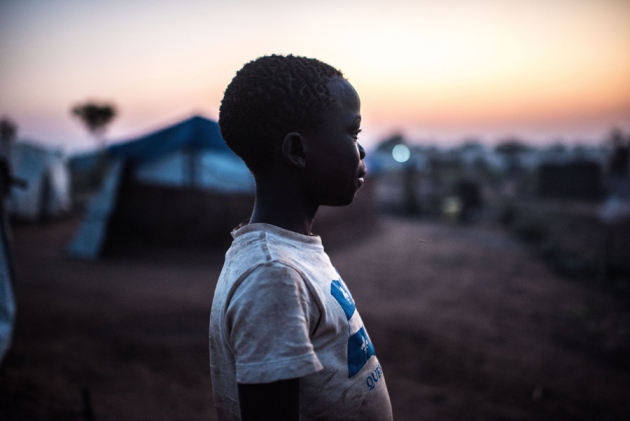 A child in a refugee camp in northern Uganda.

Data and statistics must be handled with care. The pages of this journal — and thousands of others — are filled with reports and analyses that are only as strong as their weakest data set. So when the European Union’s border guards issued an exaggerated estimate of migration figures for the first nine months of 2015, it’s perhaps no surprise that it was an academic who called them out.

The headline “710,000 migrants entered EU in first nine months of 2015” blared from a press release that year by Frontex, the European Border and Coast Guard Agency in Warsaw. Not so, said social scientist Nando Sigona, an expert on refugees and migration at the University of Birmingham, UK. Frontex, he pointed out, had been counting the same people two or three times or more — for example, a person who was recorded on arrival in Greece and left the EU by going to Albania was again counted on re-entering the bloc by a different route. Frontex has since made this caveat clear in its releases of cross-border data. But it is often the headline numbers that are retained by the media, and by the many populists and politicians who abuse data on refugees and migrants for political ends. We simply do not know the true figure.

Similar uncertainty surrounds data on asylum applications. Around 1.2 million people applied for asylum status in the EU in 2015, but the true total is unknown, because individuals often register in multiple countries across the continent.

Misinterpretation and misrepresentation of data on population movements is rife. Official numbers are often mistakenly taken at face value, when further examination shows the underlying data are a mess. The UNHCR, the United Nations’ refugee agency, states for example that the world is “witnessing the highest levels of displacement on record”. However, as we outline in a News Feature, that claim doesn’t stand up to scrutiny — particularly when global population growth is taken into account. That article is part of a special issue of Nature this week that examines migration.

Numbers are both diplomatically and economically sensitive — influencing, for example, distribution of aid — and so reported data can be vulnerable to political influence. Subjectivity also enters the equation — different countries often have different definitions of refugees and varying assessment procedures to decide how many people fit the bill. In short, collecting reliable data on refugees and migrants is hard.

This does not stop the frequent appearance of data in headlines for the purposes of advocacy, with the caveats in the small print, if at all. The UNHCR relies on voluntary contributions, mostly from governments, and is chronically underfunded — last year it received only around half of the US$7.5 billion it said was needed. The agency therefore has an understandable interest in trying to capture the attention of funders to address this neglect, with the noble goal of helping those in need.

Newspapers, border-control agencies and security contractors also have vested interests in heightened public anxiety. And increasingly, governments playing to domestic audiences use refugee numbers not to help refugees, but to justify restricting the numbers seeking asylum.

A body of social-science research has characterized this as amounting to a ‘moral panic’ — a phenomenon in which widespread societal fears emerge or are framed as perceived threats, but are unsubstantiated and disconnected from reality. This is not to play down the serious humanitarian tragedies facing refugees from Syria and other conflict hotspots. But numbers matter, and their use and abuse even more so.

Data on economic migrants have flaws too. The UN declared last year that there were 244 million migrants (refugees and economic migrants) worldwide in 2015, and that this was a 41% increase compared with 2000. But these data try to count everyone who lives in a country other than that in which they were born — so a biologist who left the United Kingdom 25 years ago to work in the United States, and who stayed and became a US citizen, is still counted as a migrant in the UN figures.

Finer analyses of the actual migration flows over five-year periods paint a very different, and often counter-intuitive, picture. Global migration has fluctuated at around 0.6% of the world’s population for the past 50 years, peaking at around 0.7% in the early 1990s and falling to its lowest levels from 2010 to 2015. Many of the largest flows in the second half of the 2000s were migrant workers from India, Bangladesh and Pakistan to oil-rich countries in the Middle East, for example. A November 2015 study by the Pew Research Center also found that more Mexicans were returning home from the United States than were arriving (see go.nature.com/2jrm8it).

But migrant data is often so sub-standard that no one truly knows the global picture. A paper published last December by Frank Laczko, director of the International Organization for Migration’s (IOM’s) Global Migration Data Analysis Center (GMDAC) in Berlin, describes a long list of shortcomings (see go.nature.com/2jkewbd). Census data provide key migration information, but nothing more recent than 2005 was available from 17% of countries in Africa, or from 8% of nations in Latin America and the Caribbean. Only one in four countries worldwide can provide data on migration flows. And only 10 of 48 countries in Asia could supply flow data for 2005–14.

The GMDAC was created by the IOM last year with support from the German government, and aims to create a data portal to unify and analyse disparate available data on economic migrants and on refugees. Meanwhile, the IOM, the Organisation for Economic Co-operation and Development and the UN Department of Economic and Social Affairs intend to organize a regular international forum on migration statistics, the first of which will be held in Paris next January. There is growing awareness of data shortcomings, and that can only be welcomed. Accurate and timely data, and their apolitical interpretation, are crucial for setting evidence-based policy. When it comes to migration, we have some distance to travel.