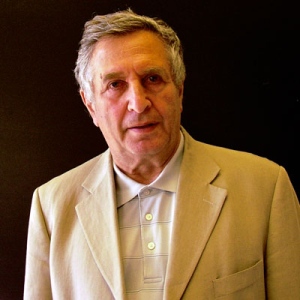 The Princeton University mathematician Yakov Sinai was awarded a prize worth nearly US$1 million.

The Norwegian Academy of Science and Letters has awarded the 2014 Abel Prize to Russian-born mathematical physicist Yakov Sinai of Princeton University in New Jersey. The award cites his “fundamental contributions to dynamical systems, ergodic theory, and mathematical physics”.

Jordan Ellenberg, a mathematician at the University of Wisconsin in Madison who presented the award today, says that Sinai has worked on questions relating to real physical systems “with the soul of a mathematician”. He has developed tools that show how systems that look superficially different might have deep similarities, much as Isaac Newton showed that the fall of an apple and the movements of the planets are guided by the same principles.

“Mathematics and physics must go together as horse and carriage,” Sinai said in a phone interview with Ellenberg this morning as he accepted the prize.

Sinai, 78, is most famous for his work in the field of complex dynamical systems, which includes so-called chaos theory. This might be regarded as accommodating ideal mechanical laws to the messy complications of the real world. Isaac Newton’s laws of motion provide an approximate description of how objects move under the influence of forces in some simple cases — the motions of the planets, for example — but the principles that govern real dynamical behaviour are usually more complicated. That is the case for the weather system and atmospheric flows, population dynamics, physiological processes such as the heartbeat, and much more.

Sometimes these movements are subject to random influences, such as the jiggling of small particles by thermal noise. These are called stochastic dynamical processes. The perfect predictability of Newton’s laws might also be undermined simply by the presence of too many mutually interacting bodies, as in the case of fluid flow. For even just three bodies following Newton’s laws, vanishingly small differences in the initial conditions can lead to widely different outcomes over long times — giving an appearance of randomness even though the process is in principle entirely predictable. This kind of 'deterministic chaos' is now known to be present in the orbits of planets in the Solar System.

Sinai has developed mathematical tools for exploring such behaviour, and has identified quantities that remain the same even if the trajectories of objects in complex dynamical systems become unpredictable. His interest in these issues began while he was at Moscow State University in the late 1950s as a student of Andrey Kolmogorov, one of the greatest mathematical physicists of the twentieth century and among the founders of modern probability theory.

Sinai and Kolmogorov showed that even for dynamical systems whose detailed behaviour is unpredictable — whether because of deterministic chaos or randomness — there is a quantity that measures just how ‘complex’, or unpredictable, the motion is. Inspired by the work of US mathematician Claude Shannon in the 1940s, who showed that a stream of information can be assigned an ‘entropy’, the two Russian researchers conceived a related notion now known as Kolmogorov–Sinai (K-S) entropy. Systems whose K-S entropy is zero can be predicted exactly; those with a non-zero K-S entropy are not wholly predictable; they include chaotic systems.

Measures such as the K-S entropy are related to how thoroughly a system explores all the different states that it could possibly adopt. A system that is roughly as likely to ‘visit’ all these states is said to be ergodic.

One of the most important model systems for studying ergodic behaviour is the Sinai billiard, which Sinai introduced in the 1960s1. In this idealized system, a particle bounces around (without losing any energy) within a square perimeter, in the centre of which is a circular ‘wall’ (see video at left). This dynamical system was the first for which it could be proved, by Sinai himself, that all the particle’s trajectories are ergodic — they pass through all of the available space. They are also chaotic, in the sense that the slightest differences in the particle’s initial trajectory lead rather quickly to motions that do not look at all alike.

In these and other ways, Sinai has laid the groundwork for advances in understanding turbulent fluid flow, the statistical microscopic theory of gases and chaos in quantum-mechanical systems.

The Abel Prize, named after Norwegian mathematician Niels Henrik Abel (1802–29), is modelled on the Nobel prizes and has been awarded each year since 2003. It is worth 6 million Norwegian kroner, or about US$1 million.

“I'm delighted that Sinai, whose scientific and social company I enjoy, has won this prize,” says Michael Berry, a mathematical physicist at the University of Bristol, UK, who has worked on chaotic quantum billiards and other aspects of complex dynamics.

Ellenberg says that Sinai’s work has demonstrated how, in maths, “a good definition is as important as a good theorem”. While physicists knew in a loose way what they meant by entropy, he says, Sinai has asked “what are we actually talking about here?” This drive to get the right definition — the starting point for any modern mathematical theory — Ellenberg says, has helped Sinai identify what is truly important and fundamental to the way a system behaves.