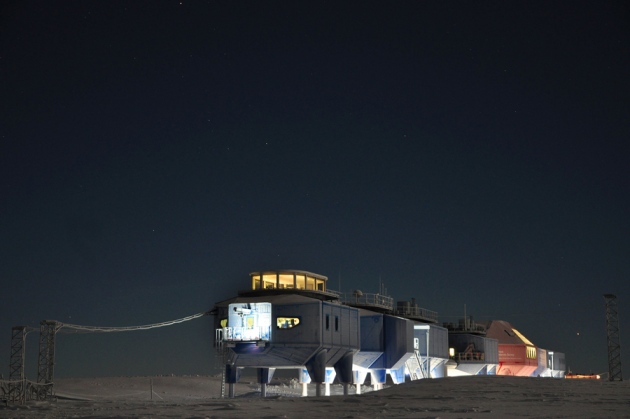 The British Antarctic Survey will not be merged with the UK's National Oceanography Centre.

A contentious merger between major British research centres has been abandoned, but the result raises more questions over the future of a world-renowned Antarctic science programme.

The decision to abandon a proposed merger between the British Antarctic Survey (BAS), based in Cambridge, and the National Oceanography Centre in Southampton comes after harsh criticism of the proposals from politicians and scientists. But job cuts are still in the offing, and funding for UK polar science could be diverted to infrastructure.

Both centres are run by the Natural Environment Research Council (NERC), which distributes government money to researchers and manages a number of subject-specific research centres. NERC suggested earlier this year that it might merge its oceanography centre with the Antarctic survey as it struggles to reduces costs to cope with a real-terms cut in its budget.

Many researchers reacted angrily to the proposed merger, worrying that polar research would lose out if BAS were moved to Southampton and subsumed into the centre there. There were also concerns that merging the centres would compromise the unique ‘dual role’ played by BAS, which, in addition to conducting science, is responsible for maintaining a UK presence in the South Atlantic. This presence is a politically fraught issue, because the United Kingdom is embroiled in a long-running dispute with Argentina over the ownership of the Falkland Islands (known in Argentina as the Malvinas Islands).

But after a meeting of the research council’s leadership yesterday, it was announced that the merger was off. The decision has been warmly welcomed by a number of scientists.

“Any scientific benefits of merging the two centres would be lost in the upheaval of merging,” says Helen Snaith, a researcher at the Southampton centre and a representative for the Prospect trade union, which counts many NERC scientists as members. Snaith says that there were some potential benefits of a merger but that “from a practical point of view", yesterday's decision was the right one.

The UK science minister David Willetts said in a statement: “The British Antarctic Survey is a national and international asset that delivers world-class environmental science, and this country’s strategic presence in Antarctica and the South Atlantic. The UK's commitment to continuing this dual mission in the region is as strong as ever.”

Earlier this week the House of Commons science select committee issued a harsh condemnation of the proposed merger. After grilling senior NERC employees on Wednesday, the committee rushed out a report demanding that the merger be abandoned. The committee said that the research council had not made a case for the merger “in terms of science or cost saving”. It also accused the council of failing to properly consider the important geopolitical role fulfilled by the Antarctic survey (see 'UK Antarctic research centre’s future hangs in the balance').

“Obviously we are pleased with the decision,” says Andrew Miller, chairman of the science select committee. However, Miller says that there are still “problems that need to be addressed”, such as the overlaps between the work of BAS and other centres.

Science outside the fence

In a move aimed at shoring up BAS’s geopolitical role, Willetts also announced yesterday that NERC “should have a discrete funding line for Antarctic infrastructure and logistics from within the ring-fenced science budget to ensure a visible UK commitment to maintaining Antarctic science and presence”.

But operating in the Antarctic is expensive. Willetts stated at this week’s select-committee hearing that in his view, some British facilities are desperately in need of upgrades. In addition, costs such as marine fuel are subject to nearly constant inflation. And NERC is already facing a real-terms cut in its budget, which has led to a series of job cuts. Southampton’s oceanography researchers have already gone through their own round of job losses, and BAS is set to lose around 20 staff members.

If the infrastructure and logistics budget for Antarctic work is protected, NERC may have to find money from other areas to fill the gap. “The only place that can come from is the science budget,” says Snaith. “There is a real concern going forward about how NERC will keep these infrastructure costs under control.”

The merger's cancellation also leaves BAS without several senior staff. A number of high-level managers left earlier this year, and BAS and the National Oceanography Centre are now sharing a director.