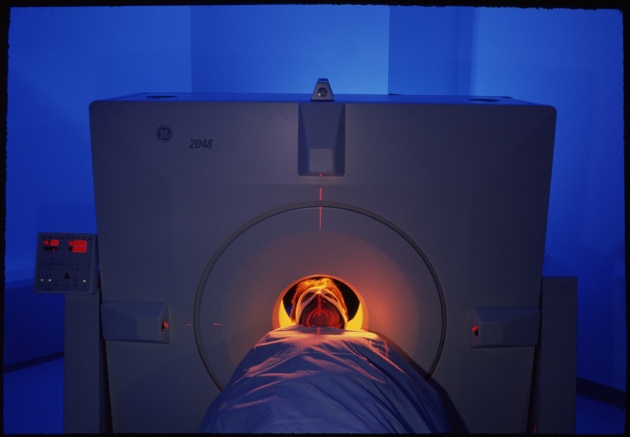 A positron emission tomography scan could predict whether a patient with depression will be more likely to respond to drugs or to cognitive behavioural therapy.

Neurologist Helen Mayberg from Emory University in Atlanta, Georgia, and her colleagues have run the first systematic, well-controlled study to identify the first potential biomarker that distinguishes between treatment responses. The work is published in JAMA Psychiatry1.

Psychiatrists are desperate for such biomarkers, because fewer than 40% of people with depression go into remission after initial treatment.

“It could be fabulous,” says Steven Zalcman, chief of clinical neuroscience research at the US National Institute of Mental Health (NIMH) in Bethesda, Maryland. But he cautions that the brain-scan biomarker still has to be validated in further trials — a process that could take a couple of years.

Mayberg and her colleagues selected 82 people with untreated depression, and measured glucose metabolism in their brains using positron emission tomography (PET) scans. They then randomly assigned the subjects to treatment groups. One group received the common antidepressant drug escitalopram oxalate (a selective serotonin reuptake inhibitor, or SSRI) for 12 weeks. The other group received 16 sessions of cognitive behavioural therapy over the same period.

In the 38 people who completed the protocol with clear-cut outcomes, the level of glucose metabolism in a brain region called the right anterior insula — which is associated with depression-relevant behaviours such as emotional self-awareness and decision-making — predicted who would benefit from which therapy. Patients who responded positively to the drug but poorly to cognitive therapy had insula glucose-metabolism levels above the mean level for the whole brain. Those who responded in the opposite way had below-average insula metabolism levels.

In a second phase of the trial, the 15 subjects who did not respond to their assigned treatment went on to receive both therapies for a further 12 weeks. These results have not yet been analysed.

The acid test will be to see whether assigning patients to particular treatments on the basis of a PET scan actually improves the current dismal success rates. Mayberg and her colleagues are now planning such a confirmatory trial.

Psychiatrists would prefer a biomarker that could be determined by a simple method such as a blood test rather than a PET scan, which can be inconvenient for doctors without easy access to the technology. And, costing up to US$2,000 a time, the scans are expensive. Mayberg says that it could be possible eventually to find a surrogate measure of insula activity that does not involve a brain scan. But she argues that even if PET scans remain the only option, then they would still be worthwhile to save a distressed patient from months of ineffective therapy.

Alternative tests may emerge from other trials seeking predictive biomarkers. The multi-centred, NIMH-supported EMBARC study is analysing the blood and brains of 400 recruits for signatures of their responses, or non-responses, to two different classes of antidepressant drug or placebo. The trial should conclude next year.

Furthermore, a European Union-led consortium of academic and industry groups called NEWMEDS (Novel Methods leading to New Medications in Depression and Schizophrenia) has combined previously confidential information — an unusual step for the field — on around 2,000 people with depression who have been treated with two different classes of antidepressant. The NEWMEDS study2 looked for single-letter changes in DNA sequences that could be genetic markers of response. But no differences were found between those that responded to treatment and those that didn't.

That is not to say that molecular biomarkers are not there to be found, says neuroscientist Shitij Kapur from King’s College London, who leads the academic side of the NEWMEDS project. “We may find differences at the protein level. We are still looking.”