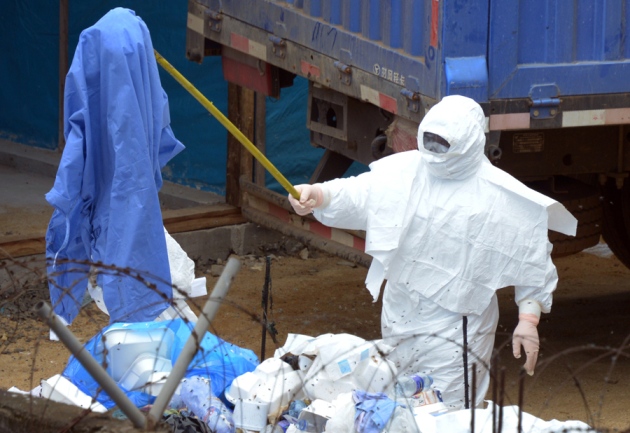 Treating Ebola patients with the blood or purified serum of disease survivors should be made a priority in the fight against the ongoing outbreak in West Africa, an expert panel organized by the World Health Organization (WHO) said on 5 September.

The recommendation came at the end of a two-day meeting to determine which experimental Ebola therapies and vaccines should be prioritized for accelerated clinical development. The WHO estimates that roughly 3,700 people have been infected in West Africa, and about 1,850 have died.

Marie-Paule Kieny, WHO assistant director-general for health systems and innovation, said that the transfusion of whole blood or purified serum from Ebola survivors is the therapy with the greatest potential to be implemented immediately on a large scale in West Africa — in part because the outbreak’s size means that there are many potential donors available. The idea is to transfer antibodies against Ebola from survivors to those still infected, but there is little information on the efficacy of such treatment.

The priority, said Kieny, will be to ensure that collected blood is free of other pathogens and that health-care workers remain safe during transfusions, when they would be exposed to Ebola patients' blood. Efforts to establish proper infrastructure and training are in place, she added.

No Ebola therapies or vaccines have yet been approved for human use. But on 11 August, a WHO expert panel said that it is ethically acceptable to test and use experimental medicines in the outbreak, provided that every effort is made to gather scientific data on safety and efficacy. That panel said that such actions are justified because of the exceptional nature of this outbreak; it has proven difficult to implement public-health measures that have ended past Ebola outbreaks.

At the WHO meeting that concluded on 5 September, experts also recommended prioritizing tests of two candidate vaccines: a chimpanzee adenovirus vaccine (ChAd3) developed by the US National Institute of Allergy and Infectious Diseases (NIAID) and drug giant GlaxoSmithKline, and a recombinant vesicular stomatitis virus (rVSV) vaccine developed by the Public Health Agency of Canada and licensed to NewLink Genetics of Ames, Iowa. Both the ChAd3 and rVSV vaccines have conferred 100% protection against Ebola in animal studies.

Eight hundred doses of rVSV are currently available, the WHO says, and some 15,000 doses of ChAd3 should be ready by the end of the year.

The panel convened by WHO also selected drugs for priority use and testing, basing its decision on those that have shown good efficacy and safety in non-human primates. The chosen treatments include ZMapp, a cocktail of monoclonal antibodies developed by Mapp Biopharmaceutical in San Diego, California, that last week was shown to confer 100% protection in rhesus macaques. On 2 September, the US Department of Health and Human Services announced up to US$42.3 million in funding over 18 months for the drug’s development and manufacture.

Oyewale Tomori, a virologist at Redeemer's University in Redemption City, Nigeria, says that efforts to test and distribute new therapies and vaccines must not detract from the need to institute basic public-health measures in Ebola-stricken areas, or to provide supportive care for patients. Few patients in outbreak areas have access to quality care measures, such as intravenous rehydration, that can greatly reduce mortality. But the WHO said on 28 August that it was seeking $490 million to bolster basic public-health measures and the quality of care in Ebola treatment centres.