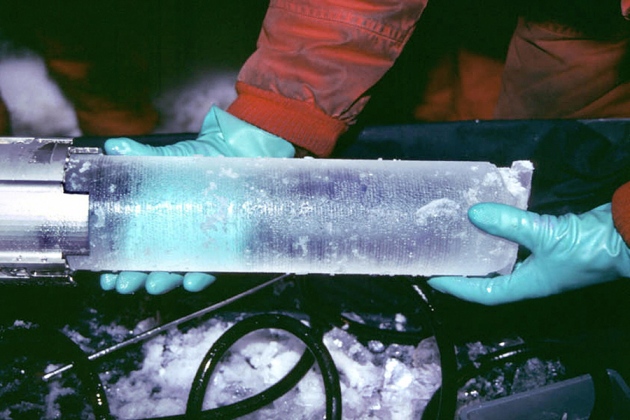 A laboratory that analyses ice cores from Law Dome, Antarctica (pictured) may be curtailed as a result of layoffs from CSIRO, Australia's national science agency.

Job losses at Australia’s national science agency will threaten the monitoring and analysis of the Southern Hemisphere’s seas, air and climate, scientists say.

Staff at the Commonwealth Scientific and Industrial Research Organisation (CSIRO), which employs thousands of scientists across Australia, were told over the past week where long-awaited job cuts in climate science are likely to fall. Many CSIRO researchers who spoke to Nature about the lay-offs requested anonymity so as not to breach the organization's communications policy, which tells researchers not to discuss funding or management decisions. But the information that is trickling out means that scientists are already evaluating the likely impact on research – although a consultation process means that it may be months before an expected 140 lay-offs in climate research are complete.

“It’s significant beyond the numbers because of our overall uniqueness,” says oceanographer Peter Craig, who worked for CSIRO for 30 years but retired from the agency at the end of March. “The rest of the world does rely on us for both measurements and interpretation of what’s going on on this side of the world.”

CSIRO scientists in Melbourne who analyse ice cores from an ice cap called Law Dome in Antarctica – a group colloquially known as the ‘Ice Lab’ – fear their programme is one that might be curtailed.

Because the Law Dome accumulates ice very rapidly and traps low levels of impurities as it grows, its cores constitute the most reliable record of greenhouse-gas emissions over the past 2,000 years, says Malte Meinshausen, a climate modeller at the University of Melbourne and the Potsdam Institute for Climate Impact Research in Germany. Climate models that predict how many degrees of warming will occur under different greenhouse-gas emissions scenarios rely heavily on its record, Meinshausen says.

David Etheridge, head of ice core research, says that he has not been told he will lose his job, but that other scientists who do ice core analysis are facing redundancy. CSIRO has said that the Ice Lab will remain open, but Etheridge believes that cuts will have negative consequences for palaeo-climate research and the climate models that rely on it.

CSIRO researchers also fear that Australia’s contributions to the world’s largest ground-based network of aerosol sensors, called AERONET — a NASA-led project to verify the sometimes ambiguous aerosol measurements made by satellite — are in jeopardy. On 1 May, Brent Holben, who leads the AERONET project in Greenbelt, Maryland, wrote to CSIRO to urge that it reconsider its cuts. He said that they would cause the loss of aerosol measurements over a large region of the Southern Hemisphere.

Asked for a statement, the agency said: “CSIRO is working with partners to identify the most efficient way of delivering this work.”

Notable among individual staff set to lose their jobs is John Church, an expert on sea-level rise who has worked for CSIRO for 38 years and who coordinated a chapter on sea-level change for the most recent assessment report of the Intergovernmental Panel on Climate Change (IPCC), released in 2014.

Church was at sea on the research vessel RV Investigator when he learnt last week that, as he had expected, he would be made redundant.

“John has probably done more to lay a really firm scientific foundation under the issue of sea-level rise than anyone else in the world,” says Steve Rintoul, a fellow oceanographer at the CSIRO. “The signal that this sends to both staff within and outside of CSIRO is really horrible.”

The RV Investigator’s voyage from the Southern Ocean to the Equator is currently mapping deep-ocean temperature and chemistry under the international GO-SHIP program, and is also deploying Argo and biogeochemistry floats that gather data at the ocean surface. CSIRO says that neither the frequency of the ship’s expeditions nor the associated data analysis will be adversely affected. But researchers who did not want to be named said that, with the cuts, they doubted that such extensive surveys would be possible in the future, or that other Australian agencies could fill the gaps in expertise if oceanography groups were disbanded. 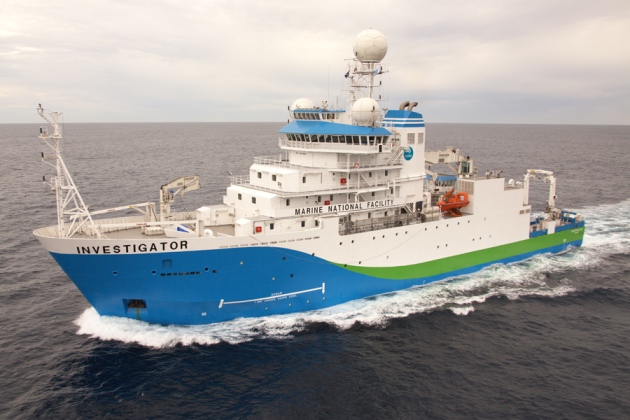 Layoffs in CSIRO's oceanography groups may dampen the productivity of the Australian research vessel RV Investigator.

CSIRO had first announced in February that it planned to shed hundreds of jobs as part of a strategic shift away from basic climate science; in April, it confirmed that this included almost 140 lay-offs in its ‘Oceans and Atmosphere’ and ‘Land and Water’ divisions.

The CSIRO cuts are “inexplicable”, says Thomas Stocker at the University of Berne, who co-chaired the IPCC’s Working Group I (which examines the physical science of climate change) between 2008 and 2015. He is particularly concerned about the cuts to the sea-level research group. “It’s simply not understandable for me that the stewards of a country that is so fundamentally exposed to sea-level rise is able to basically terminate research activity in their own country,” he says.

Negotiations since February have staved off cuts in some programmes, says one senior scientist at CSIRO’s Aspendale site in Melbourne. For example, CSIRO ratcheted back cuts for a team that analyses air pollution from data drawn from the remote Cape Grim Observatory in Tasmania, so that Australia could continue to meet obligations to international agreements such as the Montreal Protocol, which governments signed in 1987 to protect the stratospheric ozone layer from damage by chlorofluorocarbons.

But it seems that the bulk of the cuts will not be reversed. Although more than 3,000 scientists have urged Australian politicians and CSIRO management in an open letter to reconsider the proposed lay-offs, the government has distanced itself, saying that they are an agency-level decision. With national elections set for 2 July, the opposing Labor party has said that if it were elected, it would direct the CSIRO's board to stop the lay-offs. However, it would not reappoint scientists who accept redundancies before then.