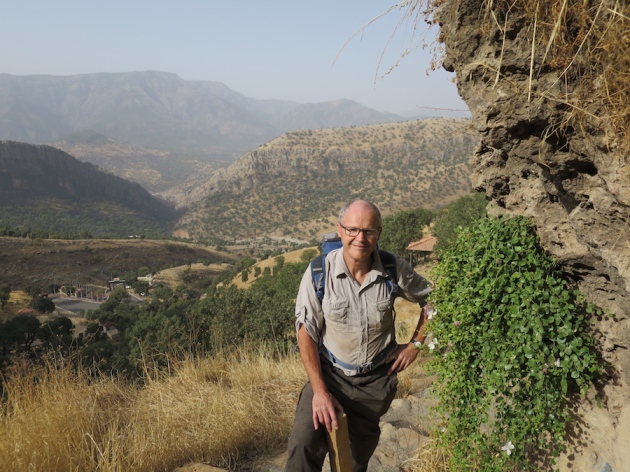 Shanidar Cave, in northern Iraq's mountainous Kurdistan region, is a one-of-a-kind window into the lives of Neanderthals. Excavated in the 1950s and 1960s, remains from the cave (provisionally dated to between 65,000 and 35,000 years ago) suggest that the ancient human relatives cared for the infirm, ceremonially buried their dead and waged violent conflict.

In summer 2014, archaeologist Graeme Barker of the University of Cambridge, UK, led a team to Shanidar to conduct the first excavations of the cave in decades. But in August 2014, an advance by militants fighting for the Islamist terrorist group ISIS forced the researchers to abandon the dig and leave Iraq. ISIS militants were 40 kilometres from Erbil city — the capital of the province in which Shanidar is located — before US air attacks repelled the fighters.

Last month, with support from Kurdistan's Directorate of Antiquities, Barker's team returned to Shanidar and completed a three-week dig that seeks to shed new light on the Neanderthals who once called the cave home. He talks to Nature about his work.

Why is Shanidar Cave important?

It is an iconic site in world prehistory, in particular because of the Neanderthal burials found there 60 years ago by anthropologist Ralph Solecki. They are quoted again and again in debates about Neanderthal culture: are they actual burials or are they just bodies that were killed in rock falls?

One of the bodies was badly injured in life but died later in old age, and therefore must have been looked after by the community. That's always cited when people talk about Neanderthal social organization. The other very famous find was the ‘flower burial’ — pollen from sediments around one of the bodies was interpreted as evidence that Neanderthals had brought flowers in to lay with the burial. So, Shanidar and its Neanderthal burials contribute to big debates about Neanderthal life, culture and death.

Why return to the cave?

We want to establish the age of the Neanderthals using dating methods that were not available 60 years ago, to try to resolve the questions about Neanderthal burial. But we are also interested in debates about the Neanderthal demise. To what extent was an ability to deal with dramatic and abrupt climate change a factor in the demise of Neanderthals and the more-or-less contemporary expansion of modern humans? It has been much discussed with climate evidence in Europe, but in southwest Asia we haven't had the data. 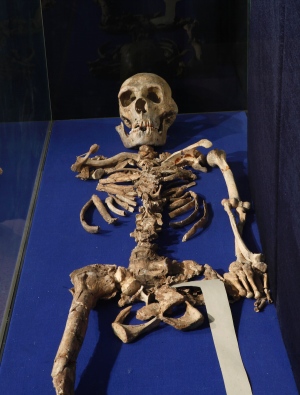 The skeleton of a Neanderthal found at Shanidar Cave, displayed at the Iraqi National Museum in Baghdad.

By doing quite small-scale targeted field work on the site, and by working on archival material from the old excavations, we think we can get an awful lot more information about when modern humans and Neanderthals were there, how they were living, what the climate was like and how they coped with climate change.

What happened with ISIS last year?

We had planned to go back in August and September of 2014 for our first major digging season, but the day after we flew out at the beginning of August, ISIS attacked Erbil city.

Were you ever in danger?

We were completely embedded in Kurdish society, in the heartland of the part of Kurdistan where the region's president comes from. It was remarkable how unanxious our Kurdish friends and colleagues in Erbil appeared to be, although several of them joined the Peshmerga forces defending Erbil. But for Cambridge University and friends, wives, husbands and parents of people on the team, there was great anxiety. After five or six days, the university said that we really had to come out.

Is it safe to return now?

Shanidar is in Erbil province but is up in the mountains, a few hours’ drive from the Turkish and Iranian frontiers. Erbil city is at the foot of the mountains, and ISIS are being held to the west and southwest on the plains that stretch westwards to Syria.

I was able to show the university that we had good structures in place in terms of safety plans, and with its support I took a small team back in April, and that was enormously successful. On the basis of that, I was confident in taking a larger team this summer for an extended season, and the plan is to go back next Easter.

Have prehistoric sites such as Shanidar faced the same threats of destruction by ISIS as other, more-recent archaeological sites in the region?

No. There are no major visible archaeological remains at this kind of prehistoric site, but in Kurdish society there is general awareness that they have this incredibly important, very early site with Neanderthals. They're very proud of Shanidar. A local society a few years ago put money into making the site accessible: it has got a Peshmerga guard, car parking, information panels, steps up to the site, and picnic places. When the weather is good in the spring, on Fridays and Saturdays there are usually large numbers of Kurdish visitors.

You have also worked in Libya through civil war and conflict. What has driven you to persist with these digs?

People say to me they won’t go on holiday where I choose to work next, but in both cases we embarked on the excavations in conditions of stability and then events took over! But these excavations are enormous intellectual opportunities. They are ways of tackling big, fundamental questions about the human past, using the techniques of modern archaeological science.

There is also a broader social purpose. Archaeology is often thought of as a cosy sort of subject, but most of the killing that is going on around the globe relates to people's sense of whether they are similar or different to each other, all of which is rooted in how they feel about their past and where they come from. Archaeology has a huge role to play in building civil societies that are comfortable with the complexity of their past.