Matt and Dox pack for Antarctica

Nature's intrepid blogger prepares for his journey to the coldest, driest, highest continent on Earth.

Matt Siegfried is a glaciologist on the ROSETTA-ICE field project in Antarctica. For the next several weeks, he'll be writing a blog for Nature about life in the field.

Welcome to my new Internet home, friends. I'm Matt, a postdoctoral scholar in glaciology at the Scripps Institution of Oceanography in La Jolla, California. 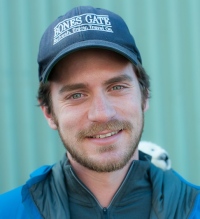 If we were at dinner and you asked me what I study, I'd be liable to give you any number of answers — geophysics, ice, glaciers, ice streams, water and climate science among them. But generally speaking, I'm a physical glaciologist: I study how glaciers and ice sheets move. I spent my PhD mapping the movement of liquid water beneath Antarctica, trying to understand how these subglacial processes influence the ice above1.

I’ve participated in four field seasons in Antarctica, spending 238 days bathed in 24-hour sunlight and 143 nights in a tent on the Whillans Ice Stream — hundreds of kilometres from the nearest "civilization" (a loose definition in Antarctica to be sure). I’ve driven over 3,700 kilometres (2,300 miles), roughly the width of the continental United States, on a snowmobile collecting GPS data to measure ice velocity.

Still, after four years of hard (but thrilling!) field work, I needed a break from Antarctica. I wanted a year off to finish my PhD, apply for jobs, see San Diego in the "winter", and spend time with friends and family. Then ROSETTA-Ice came along.

Matt and his team install a GPS station on the Whillans Ice Stream in January 2014.

Peeking under the ice

ROSETTA-Ice is a new project to map the structure of the Ross Ice Shelf — an area of ice the size of France — and the floor of the underlying Ross Sea. It’ll do this using a suite of instruments attached to an LC-130 aeroplane flown by the New York Air National Guard.

The Ross Ice Shelf is a glacier that has flowed off the Antarctic continent and is now floating over the ocean. (Here’s a quick primer on the various types of ice you’ll find near the poles.) Ice shelves are important to Antarctica’s future in part because they act like corks in champagne bottles, slowing the flow of ice from the continent’s interior to the sea.

Ice sheets also make the underlying ocean — the Ross Sea, in this case — inaccessible. (As Sir James Clark Ross said of his namesake ice shelf in 1841, “Well, there’s no more chance of sailing through that than the through the cliffs of Dover.”) Without open water to allow ship- or satellite-based measurements, it’s hard to map the geometry of the underlying seafloor, which controls where, when and how ocean water that can melt ice interacts with the ice sheet.

ROSETTA-Ice, which is funded by the US National Science Foundation, will get around this problem by measuring tiny variations in the Earth’s gravity field to map the cavity under the Ross Ice Shelf for the first time since the mid-1970s2 — and at much higher resolution. Researchers, led by glaciologist Robin Bell of Columbia University’s Lamont-Doherty Earth Observatory, will also collect data on the surrounding ocean, Antarctic bedrock and ice sheet in hopes of understanding how the Ross Ice Shelf has responded to past climate change — and how it might react to future warming. 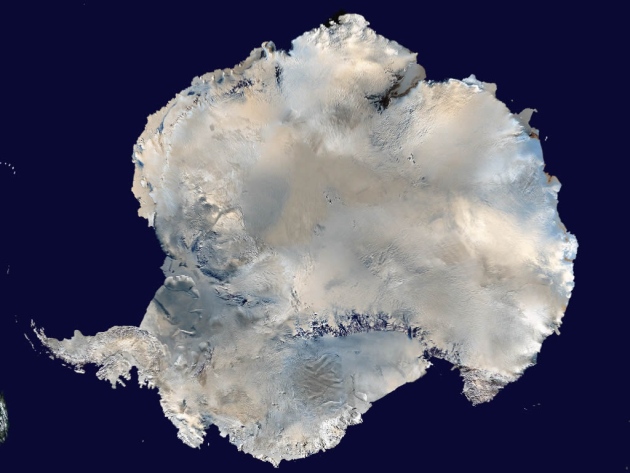 US National Oceanic and Atmospheric Administration

Antarctica, shown here in a satellite view, is home to largest ice sheet on Earth.

Projects like this don’t come around every year, or even every decade, and I couldn’t pass up the opportunity to get involved. Over the past 8 weeks, I've visited the doctor and the dentist to demonstrate to the US Antarctic Program (USAP) that I'm physically fit for Antarctic field work, and I've filled out reams of travel paperwork. On 31 October, I hopped a plane to Christchurch, New Zealand, where I'll catch a military jet bound for McMurdo Station, one of three US bases in Antarctica.

After five years, the paperwork and travel haven't gotten any easier. But as you can see in the video, I have gotten really good at packing to work in Antarctica (and spend a few days in summertime New Zealand). That's a hireable skill, right?

I'm lucky to work in a field that occasionally makes big headlines, but sometimes lost in those headlines is a sense of all the work that goes into collecting data at the ends of the Earth. Over the next month, I'll be posting a weekly field diary here at Nature to (hopefully) shed some light on what it means to be a field scientist in Antarctica. In the meantime, you can follow the project on Twitter, Instagram and Facebook. There, updates will be fast and furious, and you can send me questions and comments.

Until next time,
Matt

Next entry: (Halfway) around the world in 96 hours.