As researchers at CERN, Europe’s particle-physics laboratory near Geneva, dream of super-high-energy colliders to explore the Higgs boson, their counterparts in other parts of the world are pivoting towards a different subatomic entity: the neutrino.

Neutrinos are more abundant than any particle other than photons, yet they interact so weakly with other matter that every second, more than 100 billion stream — mainly unnoticed — through every square centimetre of Earth. Once thought to be massless, they in fact have a minuscule mass and can change type as they travel, a bizarre and entirely unexpected feature that physicists do not fully understand (see ‘An unconventional particle’). Indeed, surprisingly little is known about the neutrino. “These are the most ubiquitous matter particles in the Universe that we know of, and probably the most mysterious,” says Nigel Lockyer, director of the Fermi National Accelerator Laboratory (Fermilab) in Batavia, Illinois. 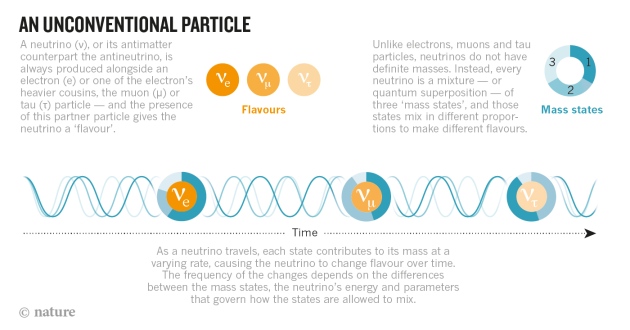 Four unprecedented experiments look poised to change this. Two — one in China and one in India — already have the go-ahead, and plans to erect detectors in Japan and the United States are in the works (see ‘Where they will be detected’). Buried underground to prevent interference from other particles, all four are designed to detect many more neutrinos, and to probe the switching process in more detail, than any existing experiment. 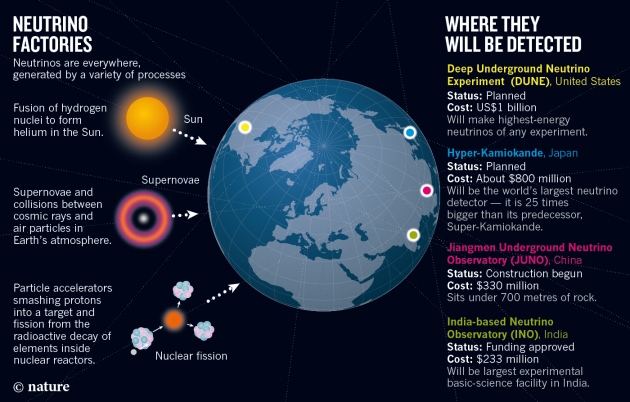 The results are expected to feed into some of the most fundamental questions in cosmology (see ‘Flurry of experiments’). Some of the experiments will make their own neutrinos; all will use any they can capture from the Sun or from supernova explosions. “The age of the neutrino,” Lockyer says, “could go on for a very long time.”

The detectors in China (JUNO) and India (INO) are designed to untangle the relationship between the three mass states, with implications for the origins of the forces of nature. By contrast, DUNE in the United States and Hyper-Kamiokande in Japan aim to spot differences in how neutrinos and antineutrinos oscillate between flavours. That could solve a second cosmological puzzle: why the Universe is made up of matter rather than antimatter. All four detectors will also hunt for a hypothesized ‘sterile’ neutrino. 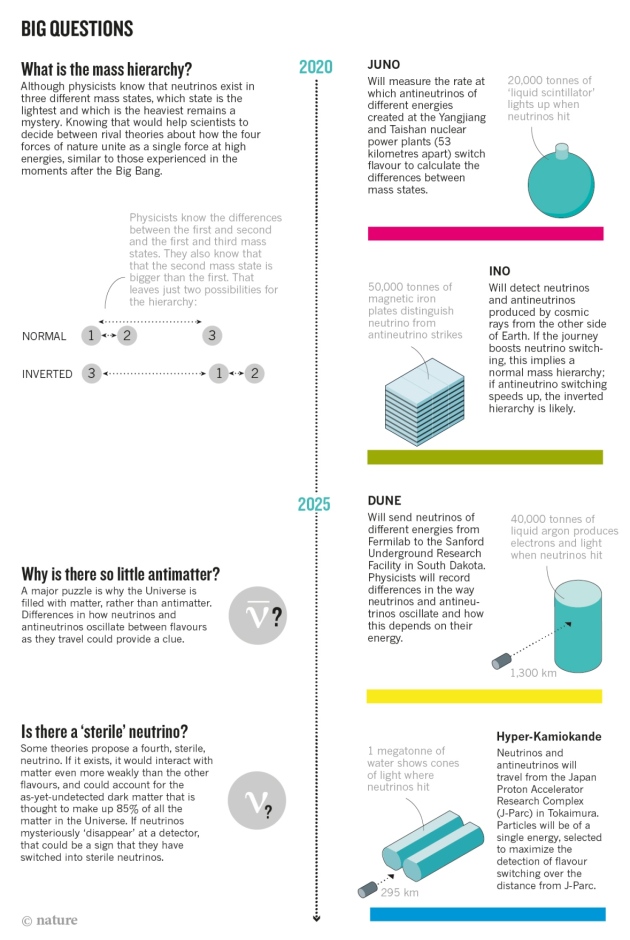