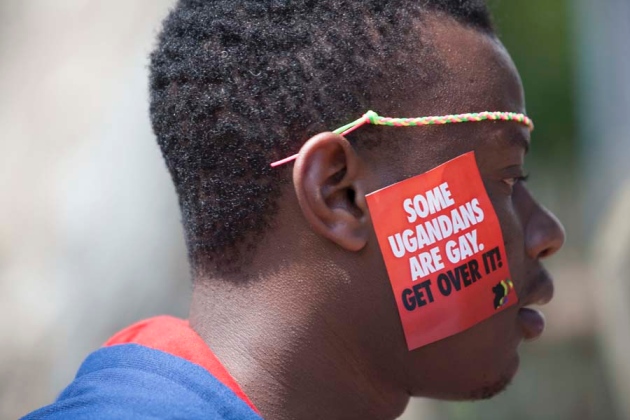 A 2014 Ugandan law that punished homosexuality with life imprisonment was later repealed.

A Western import. Unnatural. Contagious. Un-African. All of these arguments and more have been invoked to support the numerous laws criminalizing homosexuality in Africa. But now African academics have used scientific evidence to argue against such laws and to urge African nations to abandon them.

In a report published on 10 June by the Academy of Science of South Africa (ASSAf), the academics, most of whom are scientists, make the case that laws criminalizing homosexuality have no basis in science and hamper efforts to prevent and treat HIV and other sexually transmitted infections (see go.nature.com/q3rr4k).

Human-rights activists and many people working in health care welcome the report, which comes in response to a slew of homo­phobic laws in several African countries, in particular Uganda. “It opens up a new outlook about homosexuality seen through the lens of science,” says Thomas Egwang, a Ugandan immunologist who was not involved in producing the report.

However, activists and health-care workers also warn that it will probably not have a big impact on policy-making — at least in the short term — because homophobic attitudes are deeply entrenched. “I’m not sure the [Ugandan] government is going to listen,” says Kent Klindera, programme manager of an initiative at the Foundation for AIDS Research in New York that promotes HIV prevention for gay men, transgender individuals and men who have sex with men (MSM).

Same-sex relationships are illegal in 38 of Africa’s 53 nations and punishable by death in 4 (see ‘Africa’s homosexuality laws’). In recent years, anti-gay sentiment has intensified. In February 2014, Uganda, where homosexuality was already illegal, passed a law that made it punishable by life imprisonment and made the ‘promotion’ of homosexuality a crime. In the same year, Gambia enacted a similar law, and Nigeria passed a law banning same-sex marriage, gay-rights groups and displays of same-sex affection in public.

Although the Ugandan law has since been repealed (a constitutional court declared that there had not been enough members present when parliament passed the act), it prompted an inter­national outcry — and sparked the idea for the report among members of ASSAf. “It had to be Africa-led,” says Glenda Gray, co-chair of the report panel. “If it were American-led, African governments would say that it was Western propaganda.”

The report’s authors, of whom 11 work in South Africa, 1 in Uganda and 1 in the United States, drew on medicine, anthropology, psychology and philosophy to counter arguments used to justify the criminalization of homosexuality.

When signing the Ugandan bill into law, the country’s president, Yoweri Museveni, said that it would stop the “social imperialism” of the West, which he said is responsible for promoting homosexuality in Africa. It is an argument also used by many of the continent’s faith-leaders. But the report argues that it was missionaries from the West who turned traditional African practices, including same-sex relationships, into problems.

The authors reference a review of literature dating back to the late nineteenth century that documents homosexuality in Africa (see go.nature.com/7un5vx), including woman-to-woman marriage on the Slave Coast (in present-day Togo, Benin and Nigeria), homosexual relations between shepherd boys in Ethiopia, and cross-dressing male prostitutes in Senegal. The authors cite a 2008 review that calculated the prevalence of MSM in Africa to be at least 2%. This is in line with a global finding that at least 1.5% of men of any given population are exclusively attracted to members of their own sex. 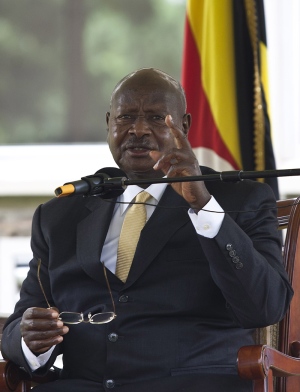 The report also counters the notion that homosexuality is unnatural, citing evidence for a strong biological role in sexual orientation. And it tears down the ideas that homosexuality is ‘socially contagious’, promotes the spread of HIV or encourages paedophilia, citing papers that have disproved these, or similar, claims.

The report warns that criminalizing homosexuality is the real threat to public health. This was illustrated in Uganda when a staff member of a US–Ugandan research project at Makerere University was arrested on charges of recruiting homosexuals and carrying out ‘unethical research’: the US funder suspended the project because of fears about staff safety (see Nature 509, 274–275; 2014).

The authors hope that the report will fare better than an earlier one. Shortly before parliament was to vote on the 2014 bill, the Uganda National Academy of Sciences (UNAS) declined a government request to produce a report on the scientific basis of homosexuality because of insufficient time. But a group of scientists hastily produced one that was later misquoted by members of parliament who supported the bill.

The UNAS has endorsed the latest report — unlike other African academies invited to do so. “The whole question around homosexuality has become fraught,” says Melissa Steyn, an author of the report and a social scientist who holds the South African Research Chair in Critical Diversity Studies at the University of the Witwatersrand in Johannesburg. UNAS president Nelson Sewankambo says that it is the role of the academy to engage with controversial issues, especially where scientific arguments are already being used. However, he does not expect all of his colleagues to support the report’s sentiments.

Juliet Kiguli, an anthropologist at Makerere University and the only Ugandan on the expert panel, is hopeful that the report will change views in her country. “The majority of Ugandans think this is not part of our culture. But culture is not static,” she says. If policy-makers take a lead in forging a more tolerant society, public opinion will follow, she says.

The report could help human-rights activists across Africa to lobby policy-makers, says Daniel Onyango, executive director of the Nyanza, Rift Valley and Western Kenya Network, which campaigns for gay rights from Kisumu, Kenya. The UNAS’s endorsement of the report might ease its acceptance by Kenyans, he adds, given that they see Uganda as culturally closer than South Africa and that ASSAf published the report. Abandoning anti-gay laws would be a major step towards offering good-quality health care and tailored HIV-prevention information to MSM, says Eduard Sanders, an epidemiologist at the University of Oxford, UK, who has done HIV research on MSM in Kenya. “The road is likely to take many years, but there is growing momentum in Africa — and I am proud to be part of it.”

At least one Ugandan activist has no qualms about quoting the report to deter his detractors: “As an activist,” says Paul Semugoma, a gay Ugandan physician who lives in exile in South Africa, and who campaigns for gay rights in Uganda, “I plan to get hold of it, and use it akin to how they use the Bible on us.”