The CSIC (Spanish National Research Council) is the largest and leading public research institution in Spain and the third in Europe due to the quality and quantity of its scientific production. It plays an essential role within the Spanish System for Science, Technology and Innovation and contributes to reinforce Spain’s position at the international level.

The CSIC is present in all the autonomous regions through their centres across Spain. It comprises 120 centres spread across Spain, and is also present in Brussels and Rome. It is formed by employees with a wide range of academic qualifications and professional categories. The CSIC employs 11,000 people, of which 3.000 are researchers. In total, they represent the 6% of Spain’s R&D workforce and generate approximately the 20% of the country’s production. Likewise, the CSIC collaborates with other juridical entities such as consortia and trading companies. 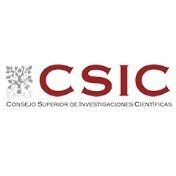